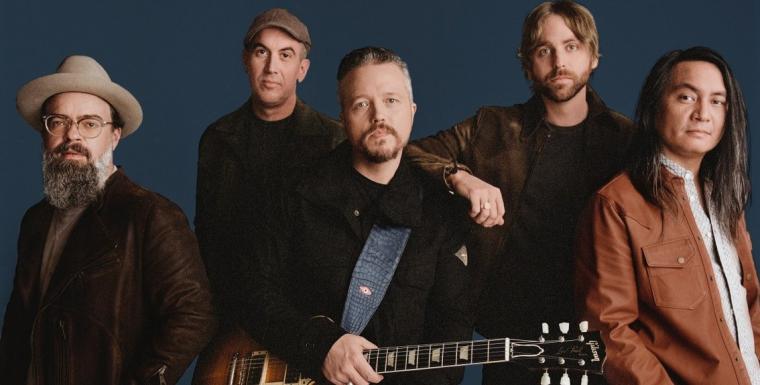 Touring in support of their October release Georgia Blue, an album that Pitchfork deemed “a joyful affair with sadness lurking in the shadows,” Jason Isbell & the 400 Unit headline a December 4 concert event at East Moline's The Rust Belt, the alternative-country and Southern rock ensemble's frontman a four-time Grammy Award winner who was also a member of Drive-By Truckers from 2001 to 2007.

Following his retirement from that group, Isbell released his first solo album Sirens of the Ditch in June of 2007, and teamed up with his 400 Unit musicians a couple of years after. With lead vocalist and guitarist Isbell joining Sadler Vaden on guitar, Jimbo Hart on bass, Derry DeBorja on keyboard and accordion, and Chad Gambleon drums, Jason Isbell & the 400 Unit's eponymous album was released on February 17, 2009, on Lightning Rod Records. Their second album, 2011's Here We Rest, boasted the song "Alabama Pines" that was named Song of the Year at the 2012 Americana Music Awards, and the band's third full-length recording, 2017's The Nashville Sound, won the Grammy for Best Americana Album and earned Isbell the award for Best American Roots Song at the 60th annual ceremony.

In October of 2017, Isbell was named the official artist-in-residence at the Country Music Hall of Fame and Museum, and the following year, the musician contributed the ballad "Maybe It's Time" to the soundtrack of A Star Is Born, where it was performed by the film's director and male lead Bradley Cooper. Jason Isbell & the 400 Unit's fourth album Reunions, which debuted in 2020, was made alongside the release of the recording's first song "Be Afraid," a single that peaked at a career-high number five on Billboard's Adult Alternative Songs chart. (A second single, "Dreamsicle" peaked at number 20.) That November, Isbell announced on Twitter that if Joe Biden won the state of Georgia in the presidential election, he would record a charity album featuring covers of songs by Georgia artists such as R.E.M. And Gladys Knight. And after it was projected that Biden had indeed won the state, Isbell reaffirmed on Twitter that he was being serious about the project, with Georgia Blue finally reaching fans on October 15. The album led Rolling Stone to rave about Isbell's “frightening talent for writing songs that make grown people weep,” as well as his band's “wickedly skilled musicians whose live shows range from hushed intimacy to epic rock grandeur.”

Jason Isbell & the 400 Unit play their East Moline engagement with an opening set by Strand of Oaks, admission to the 8 p.m. concert is $45, and more information and tickets are available by visiting TheRustBeltQC.com.