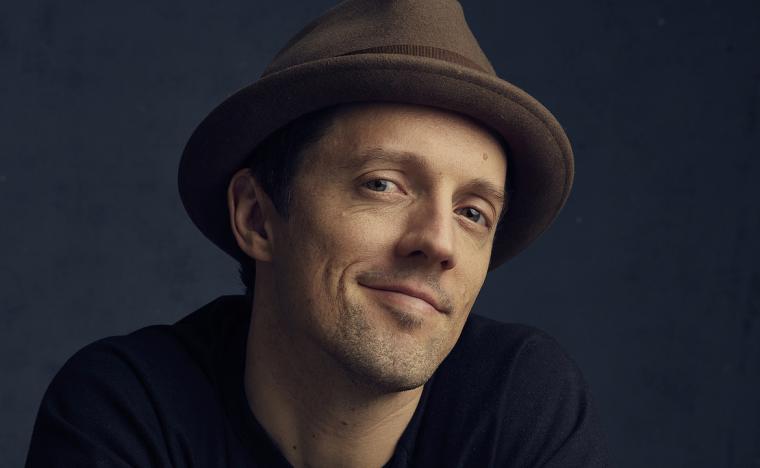 With Pop Matters describing his most recent album as delivering “a unified message of love, kindness, and island vibes,” Grammy-winning singer/songwriter and guitarist Jason Mraz brings his national tour to Davenport's Adler Theatre on December 7, the pop/folk, jazz, and reggae artist hitting the road with longtime collaborator Toca Rivera, who has performed with Mraz since his coffee-shop days.

Mraz's discography consists of seven studio albums, five live albums, one compilation album, one video album, 14 EPs, 27 singles (including six as a featured artist), and 13 music videos. After various independent releases, Mraz signed to Elektra Records and released his debut studio album Waiting for My Rocket to Come in October of 2002. The album peaked at number 55 on the U.S. Billboard 200 and was eventually platinum certified, with "The Remedy (I Won't Worry)," the recording's first single, peaking at number 15 on the Billboard Hot 100. In 2005, Mraz signed a new contract with Atlantic Records and released his second studio album, Mr. A–Z. A commercial success, Mr. A-Z peaked at number five on the Billboard 200 and spawned hit singles in "Wordplay," "Did You Get My Message?", and "Geek in the Pink."

In May of 2008, Mraz released his third studio album We Sing. We Dance. We Steal Things., which debuted and peaked at number three on the Billboard 200 and and gave the artist an international breakthrough in its lead single “I'm Yours,” which reached number six on the Billboard Hot 100 and was Mraz's first top-10 single. The song went on to stay on the Hot 100 for 76 weeks, setting the record for the most total weeks on the chart, and also hit the top 10 in multiple countries outside the United States. Mraz's fourth studio album, 2012's Love Is a Four Letter Word, made it to number two on the Billboard 200 and was preceded by the release of its lead single "I Won't Give Up," which peaked at number eight on the Billboard Hot 100 and became an international smash. Since then, Mraz has had solo hits in 2014's Yes!, 2018's Know., and last year's Look for the Good, and the artist has this far won two Grammy Awards, for Best Male Pop Vocal Performance for the single "Make It Mine," and Best Pop Collaboration, alongside Colbie Caillat, for "Lucky."

Jason Mraz plays his Davenport engagement with Toca Rivera and special guest Gregory Page at 8 p.m. on December 7, admission is $59.50-218, and tickets are available by calling (800)745-3000 and visiting AdlerTheatre.com.