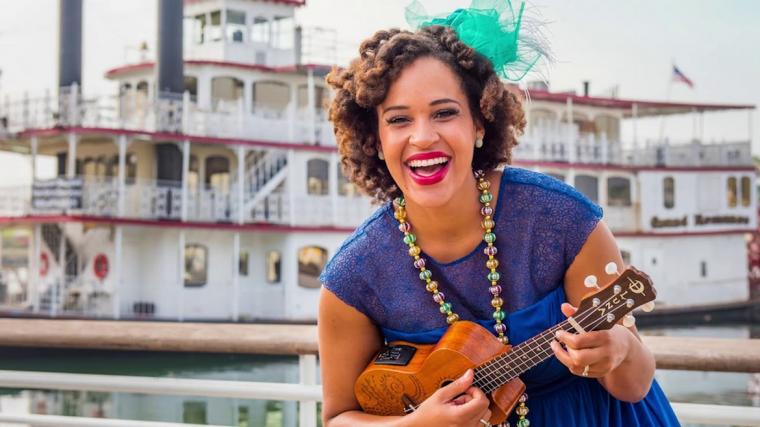 Born Ashli St. Armant, Jazzy Ash is a celebrated performer and music educator who tours nationally with her band as Jazzy Ash & the Leaping Lizards. Ash grew up dually influenced by the music from her mother's hometown of New Orleans, as well as by her father's Trinidadian culture, and trained professionally in music and theatre through her high-school and college years. She holds a degree in early childhood education from Saddleback College; is a celebrated vocalist, writer, and arts educator; and is also the founder of Leaping Lizards Music, a music- and theatre-education program for students preschool through twelfth grade. In touring the United States with her Leaping Lizards ensemble, performing jazz principally for young audiences, Ash's group has played numerous esteemed venues and programs including Lincoln Center and NBC's Sprout Network, the musicians have produced five albums to date, and have been featured on NPR and in the Los Angeles Times.

Having nearly 20 years of experience in education and 21 years experience in performing arts, Ash attended the highly acclaimed Orange County High School of the Arts, and continues to focus on education, regularly teaching performing arts to children and educators. Most recently, Jazzy Ash has hosted workshops for National HeadStart, NAEYC, and MaxFunCon, and Ash's first full-length audiobook Viva Durant & the Secret of the Silver Buttons presently has over 8,000 reviews and sets the path for her new venture into children’s literature. To create the setting for this mystery, Ash drew from her own experiences of spending summers and holidays in New Orleans throughout her childhood, and many of the audiobook's characters are based on real people from her life. "Even though this story is mysterious and magical," she states at JazzyAsh.com, "I wanted to create something that felt tangible – something that people could relate to." As listeners are enriched with jazz, blues, and all things Creole, the culture of New Orleans pours through the audiobook, which also boasts narration by Bahni Turpin and original music performed by Jazzy Ash & the Leaping Lizards.