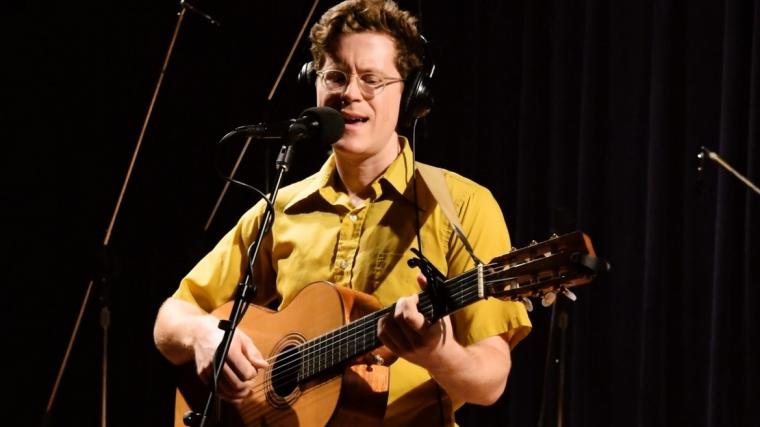 Lauded by Daytrotter as "one of the greatest indie-folk singer/songwriters around," Minnesota-based musician J.E. Sunde headlines a May 15 engagement at Davenport's Raccoon Motel, the artist's latest album 9 Songs About Love praised by Americana-UK for its "deep resonant intimacy that provides a warm and welcoming space in which to experience Sunde's songs."

A native of Wisconsin, Jonathan Edward Sunde first came to prominence as the co-founder of the indie-folk outfit The Daredevil Christopher Jones alongside his brother Jason. Together, the pair released the albums In Deference to a Broken Back and The Nature of Things, as well as the 2011 EP The Longsuffering Song. With the artist calling himself "a songwriter and composer who writes from the American Songwriter tradition but just to the left of center," Sunde began immersing himself in a solo project that embraced his influences, from smart, bouncy Paul Simon-y folk-pop to the earnestness of Jonathan Richman to the heartbreak and boldness of Nina Simone. In 2014, Sunde released his solo debut Shapes That Kiss the Lips of God, following it with 2017's Now I Feel Adored. And three years later, the singer/songwriter received some of the strongest notices of his career for his most recent solo album 9 Songs About Love.

According to Everything Is Noise, "J.E. Sunde writes beautiful, poetic lyrics on top of his folk rock instrumentals to create a vulnerable collection of his experiences with love. 9 Songs About Love is truly a work of art that is able to touch the core of your heart. With each listen you are able to discover something new, making J.E. Sunde more impressive every time." And a rave review in Slug Mag stated, "Sunde delivers the same kind of quirky folk songs that he brought to life in the folk trio The Daredevil Christopher Wright. Sunde has proven to be a master at composing easy-going love songs that get your attention in small bites. 9 Songs About Love offers nine songs right in Sunde’s wheelhouse, and he kills every one of them."

J.E. Sunde plays his Davenport engagement on May 15 with an opening set by Brian Dunne, admission to the 7 p.m. concert is $15, and more information and tickets are available by visiting TheRaccoonMotel.com.