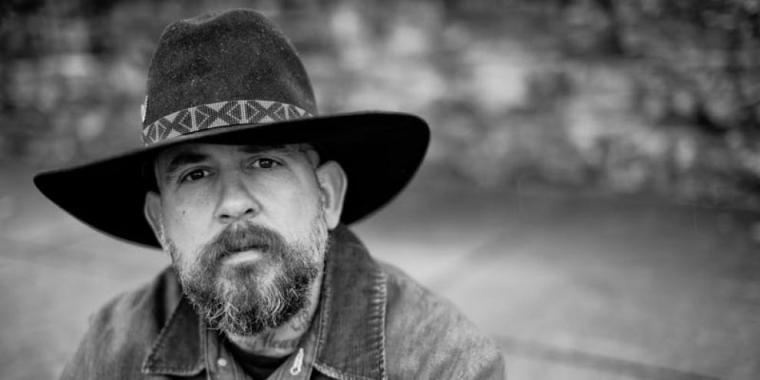 A native of Elsmere, Kentucky, Pinnell, as a youth, sang in the church choir and learned to play guitar from his father, and released his first full-length album OH/KY on SofaBurn Records in the summer of 2015. Hailed by KEXP's Greg Vandy as “mind-blowingly good" and by Invisible Ink as “a bold record, and thoroughly enjoyable.” Pinnell’s debut immediately differentiated itself as authentic and unflinching, with tours throughput Europe and the United States and celebrated radio sessions cementing Pinnell’s position as a no-fuss master of his craft. As Pop Matters stated in its review, "“Sorrow and loss are deeply woven in to the country music fabric, but they’re especially critical elements to … OH/KY. With a gruff voice and a strong grasp on what real country sounds like, Pinnell spins a series of compelling yarns on the album that document the hardships of the past 18 years of his life, from drug addiction to failed relationships. These tunes are a tutorial on classic country music.”

Pinnell followed that recording with his second full-length album, Ties of Blood & Affection, in 2017, and it, too, was a massive hit among music reviewers. Americana-UK wrote, "This is an album for proper country fans . All the boxes are ticked and ticked very well: Great production and playing. A killer voice and strong genre songwriting. It’s a great country album." And according to Maximum Volume Music, "The subtext of this is clear: You can hate your job, you can have little money, you can lead what seems to be a boring life, but sometimes that’s enough. All those who think like that, might just have found their soundtrack. Ties of Blood & Affection is one of the country albums of 2017. It is quite brilliant." With its hit song “Joey” released this past January, Pinnell is currently touring in support of his third full-length recording Goodbye L.A., which Americana Highways praised for the album's “rowdy gritty rootsy vocal musicianship throughout.”

Jeremy Pinnell plays his Davenport engagement on November 17, admission to the 7 p.m. concert is $12, and more information and tickets are available by visiting TheRaccoonMotel.com.