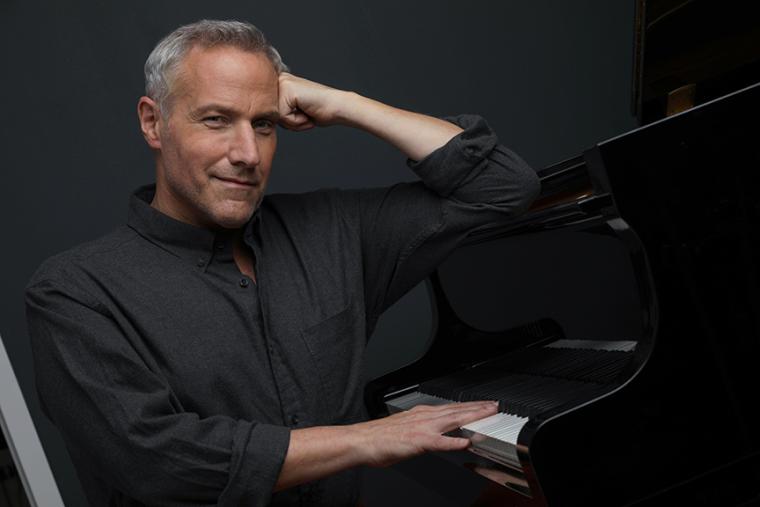 Presented by the Adler Theatre

From February 12 through 14, Grammy-nominated songwriter and piano sensation Jim Brickman will be showcased in a quintet of live virtual performances, with Share the Love, LIVE! designed as an uplifting, family-friendly showcase of Brickman's gifts and hit songs such as “Love of My Life,” “Destiny,” “Angel Eyes,” and “Valentine,” the latter an appropriate tune for an at-home Valentine's Weekend celebration.

A widely acclaimed songwriter and pianist of pop music as well as a popular radio-show host. Brickman has released more than 50 albums since his 1994 debut No Words, with 2016's Soothe Vol. 2: Sleep – Music for Tranquil Slumber and 2018's Soothe Vol. 4: Subzero – Sounds That Spark the Senses both topping Billboard's U.S. New Age charts. Throughout his decades-long career, he has been revered for his solo piano compositions, pop-style instrumentals, and vocal collaborations with artists such as Lady Antebellum, Johnny Mathis, Michael W. Smith, Martina McBride, Megan Hilty, Donny Osmond, Delta Goodrem, Olivia Newton-John, and many others. Brickman has also earned two Grammy Award nominations, one for “Best Instrumental” for his 2003 album Peace, and another for “Best New Age Album” for the 2009 recording Faith. Additionally, the artist received an SESAC “Songwriter of the Year” award, a Canadian Country Music Award for “Best Vocal/Instrumental Collaboration,” and a Dove Award presented by the Gospel Music Association.

Since 1997, Brickman has hosted his own radio program The Jim Brickman Show, which is carried on radio stations throughout the United States. Brickman has also released five PBS specials, hosts an annual fan cruise, and is the founder of Brickhouse Direct, a company that provides strategic marketing and e-commerce solutions for clients in a variety of industries. Last year, Brickman released his 25th Anniversary: Greatest Hits, commemorating a quarter-century of his most beloved romantic tunes.

Jim Brickman's virtual performance Share the Love, LIVE! will be available for viewing on February 12 at 8 p.m., and on February 13 and 14 at 6 and 9 p.m. A portion of each ticket purchased will benefit the Davenport venue, and more information on the Valentine's Weekend performances is available by visiting AdlerTheatre.com.