“Christmas with Jim McDonough & His Orchestra: The 20th-Anniversary Tour,” November 27 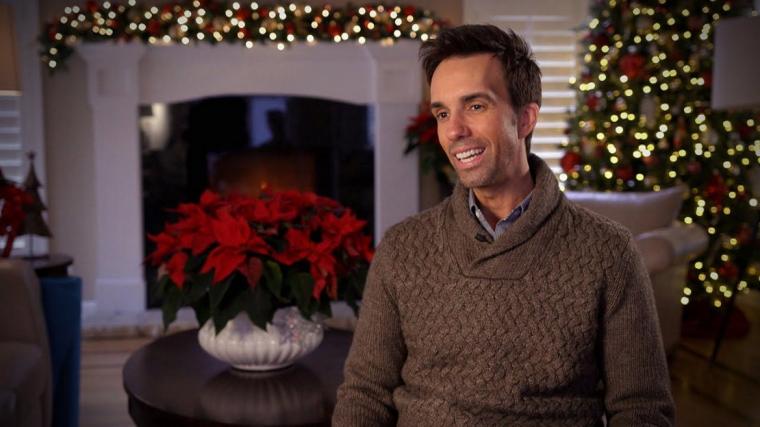 “Christmas with Jim McDonough & His Orchestra: The 20th-Anniversary Tour" at the Coralville Center for the Performing Arts -- November 27.

On November 27, the Coralville Center for the Performing Arts invites audiences to celebrate the holiday season in style by attending Christmas with Jim McDonough & His Orchestra: The 20th Anniversary Tour, a dazzling stage production featuring International Steinway Artist and Iowa native McDonough alongside his 14-piece professional orchestra, performing spectacular arrangements of favorite Christmas music and other all-time hits.

Born in Monticello, Iowa, McDonough began playing the piano at age seven, and purchased his first Steinway grand when he was in ninth grade. He graduated from Waverly, Iowa's Wartburg College with a degree in Music Education, and upon graduation, took a job as band director for the senior high school in Waukon, Iowa. After a year, McDonough was offered a position at a larger school in the state's LaPorte City and found himself directing two concert bands and two jazz bands, in addition to offering private piano lessons. In the summer of 2000, McDonough was contacted by Royal Caribbean Cruise Lines about a job possibility on one of their cruise ships, and for the next two years, he kicked off his professional-entertainer tenure playing in piano lounges, during cocktail hours, and in the ship's 1,8000-seat dining room, using his off hours to record his first CD Requests, which he eventually self-released and sold to ship passengers.

He moved back to Monticello in 2002 in order to concentrate solely on producing and distributing his music, releasing his second album -a a collection of holiday favorites titled Home for Christmas – in 2003 and following it the next year with the movie-music collection Projections: Songs from the Silver Screen. Since then, McDonough has recorded well over a dozen addition albums in all genres, delivering a compilation of romantic songs in Music of the Night, country classics in Country Dreaming, Great White Way show tunes in Broadway Dreams, and inspirational numbers in Simple Gifts. His Holiday Grande album, meanwhile, led to his creation of a touring stage version, and the artist's hour-long television special Home for Christmas with Jim McDonough, a warm and intimate concert taped at his Cedar Rapids, Iowa home, aired on PBS stations across the country during last year's holiday season.

The Christmas with Jim McDonough & His Orchestra: The 20th-Anniversary Tour production will take place at the Coralville Center for the Performing Arts on November 27, admission to the 2:30 p.m. concert is $58, and more information and tickets are available by calling (319)248-9370 and visiting CoralvilleArts.org.