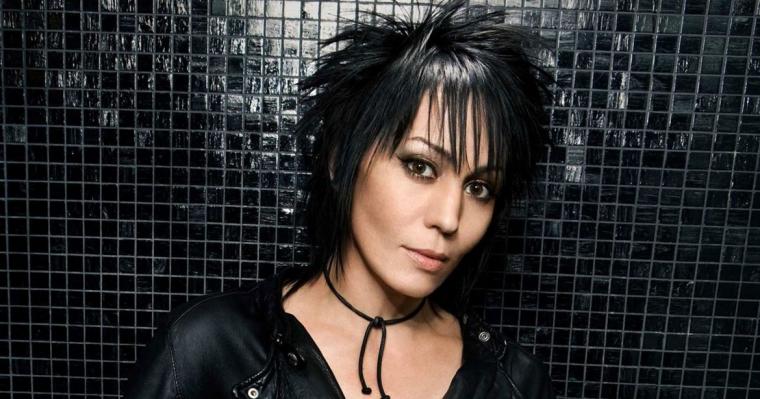 Joan Jett & the Blackhearts at the Adler Theatre -- September 19.

An iconic rock legend and 2015 inductee in the Rock and Roll Hall of Fame, Joan Jett – accompanied by her longtime band the Blackhearts – brings her national tour to Davenport's Adler Theatre on September 19, the multi-platinum-selling “Queen of Rock 'n' Roll” revered for such seminal hits as “Bad Reputation,” “I Hate Myself for Loving You,” and the chart-topping smash “I Love Rock 'n' Roll.”

A founding member of the Runaways alongside drummer Sandy West, Jett's first band toured around the world and became an opening act for Cheap Trick, Ramones, Van Halen, and Tom Petty & the Heartbreakers. Although popular in Europe, Asia, Australia, Canada, and South America, the Runaways weren't able to garner the same level of success in the United States, and after Currie left the band, Jett handled the lead vocals for the albums Waitin' for the Night and And Now... The Runaways before the group disbanded in the spring of 1979. Having recorded a pair of solo studio albums in 1980's Joan Jett and 1981's Bad Reputation, Jett subsequently released the first Joan Jett & the Blackhearts album with the 1981 breakthrough I Love Rock 'n' Roll. The album reached number two on the U.S. Billboard 200 chart and was platinum-certified in the United States, double -platinum in Canada, and ended up selling more than 10 million copies worldwide. I Love Rock 'n Roll also spawned two top-10 singles on the Billboard Hot 100, the highest being its title track that reached the top of the chart in 1982.

After releasing three additional albums between 1983 and 1986, Jett returned with Up Your Alley in 1988, a top-20 hit on the Billboard 200, and her second platinum-certified album in the United States. The release featured the top-10 smash "I Hate Myself for Loving You," and to date, Joan Jett & the Blackhearts have released a dozen studio albums, the most recent being 2013's Unvarnished. Among her other notable musical accomplishments, Jett co-wrote "House of Fire" in 1989 with fellow rock legend Alice Cooper, which was released on his 1989 album Trash. Jett's cover of "Love Is All Around" (the theme song for The Mary Tyler Moore Show) was used by the NCAA to promote the Women's Final Four, and became the number-one requested song without an existing support CD. And in 2000, in the role of Columbia, Jett made her Broadway debut in a Tony-nominated production of the cult musical The Rocky Horror Show.