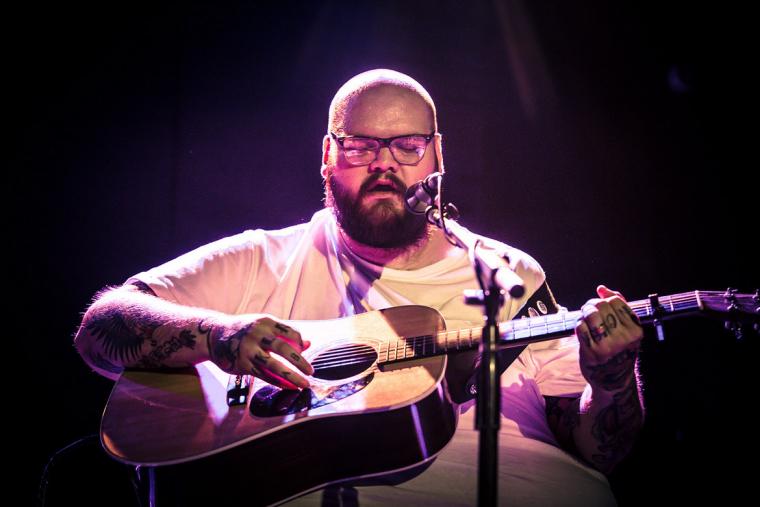 With his most recent release Big Bad Luv described by PopMatters.com as an album that “can hold its own next to any of the great Americana-tinged rock 'n' roll records of the past,” singer/songwriter and acoustic guitarist John Moreland and his full band perform a July 3 concert at Maquoketa's Codfish Hollow Barn, the Moeller Nights event showcasing an artist Farce the Music decreed “gloriously and joyfully heartbreaking.”

Born in Longview, Texas, in 1985, Moreland was first introduced to music by listening to his father play Neil Young and Creedence Clearwater Revival songs at home on the guitar. At around age 10, Moreland began playing guitar himself, and by his teens was playing in various local punk and metalcore bands including Tulsa, Oklahoma's Thirty Called Arson. He rediscovered country and roots rock in his 20s and formed the ensemble John Moreland & the Black Gold Band, and in 2008, the group released its earthy, electric guitar-steeped debut Endless Oklahoma Sky. Three years later, Moreland returned with his outfit's second effort Things I Can't Control, as well as two albums recorded as John Moreland & the Dust Bowl Souls: Everything the Hard Way and Earthbound Blues.

Deciding to move in a self-produced direction, Moreland recorded his 2013 album In the Throes largely on his own, and the recording, which showcased his transition to an even more intimate acoustic sound, developed a grassroots following. He garnered even further attention after several songs from that album, among them “Spells” and “Heaven,” were used in the acclaimed FX television biker drama Sons of Anarchy. In 2015, Moreland released his sixth full-length album High on Tulsa Heat, recorded at his parents' home in Bixby, Oklahoma, and in 2017 the artist signed with the esteemed U.K. label 4AD and released Big Bad Luv. Writing about the album in The New Yorker, Amanda Petrusich stated that Moreland “reminds me of Bruce Springsteen – they share the same gruffness of tone, warmth, and knack for making a straightforward song into something revelatory.”

John Moreland performs his 8 p.m. concert on July 3 with an opening set by Patrick Sweaney, admission is $25-30, and more information and reservations are available by visiting MoellerNights.com or CodfishHollowBarnstormers.com.