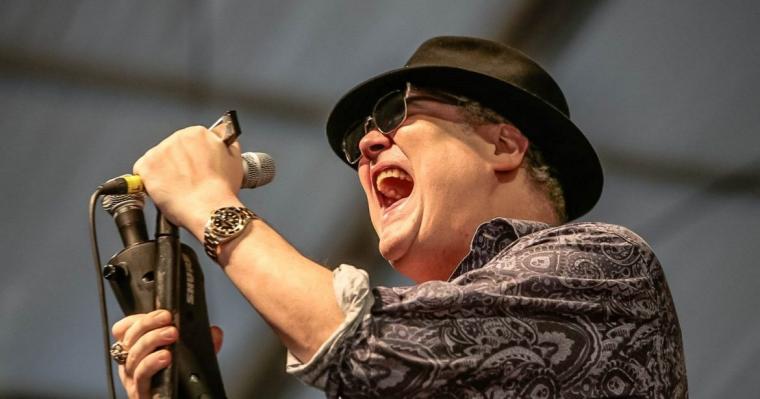 Lauded by BluesRockReview.com for his “harmonica gymnastics with vocal theatrics” and the frontman for the Grammy-winning outfit Blues Traveler for more than 30 years, John Popper plays a special September 24 concert at Davenport's Redstone Room, sharing the musical gifts that led Alternative Revolution to deem the 51-year-old “an elder statesman of the jam scene … and he certainly earned the title at a young age.”

One of the most acclaimed harmonica players in history, Popper formed Blues Traveler with his high-school friends Brendan Hill, Chan Kinchla, and Bobby Sheehan in New York City in 1987, releasing the band's eponymous album debut in 1990. The band quickly amassed a significant following with its extensive touring, sometimes playing over 300 dates a year, and gained its reputation in the jam-band scene of the 1990s, with David Letterman, at one point, introducing the musicians on his show by calling them his “favorite band.” (Popper and his bandmates went on to make more appearances on The Late Show with David Letterman than any other musical artist, with Letterman's band leader Paul Shaffer playing on a number of Blues Traveler recordings.). Blues Traveler also crossed over into mainstream pop/rock radio success with their 1994 album four, which garnered the group extensive media exposure, and the musicians received the 1996 Grammy Award for Best Rock Performance by a Duo or Group with Vocal for “Run-Around,” a song that Popper composed. To date, Blues Traveler has released three live albums, three compilation albums, and a dozen studio albums, most recently 2015's Blow Up the Moon.

As a solo artist, Popper has co-written songs with Trey Anastasio, Warren Haynes, Chris Barron, and Jonny Lang, and has frequently appeared as a guest performer with artists from a diverse variety of genres. Among others, he has performed with Spin Doctors, the Dave Matthews Band, Phish, the Allman Brothers Band, Eric Clapton, and B.B. King, but also with disparate groups ranging from Metallica to the rock trio ZO2 to San Francisco's Culaan's Hounds – even, at one point, performing for Vice Presidential candidate Tim Kaine. In addition to Popper's musical accomplishments, he has shows up in cameo roles in numerous films, including the Farrelly brother's 1996 Kingpin, Howard Stern's Private Parts, and Blues Brothers 2000.

John Popper's September 24 concert at the Redstone Room opens with a set by Katyrina Woolverton, admission to the 7 p.m. show is $35-40, and more information and tickets are available by calling (563)326-1333 or visiting RiverMusicExperience.org.