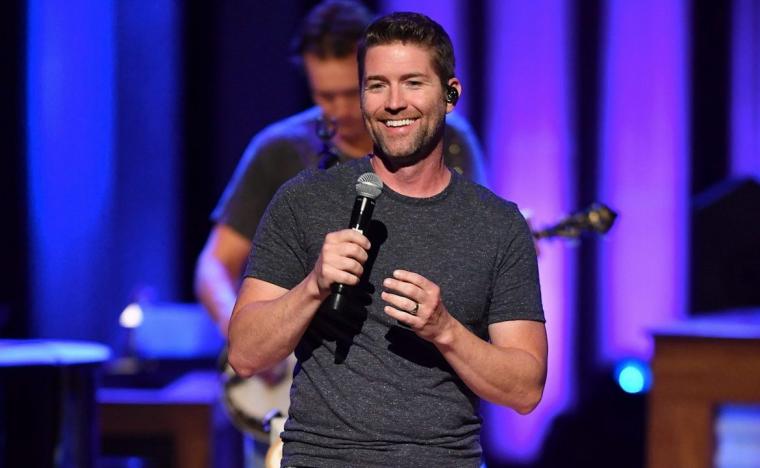 A Grammy and Country Music Award nominee who has also earned six statuettes from the Inspirational Country Music Awards, chart-topping country and gospel singer/songwriter Josh Turner headlines an eagerly awaited October 6 concert at Davenport's Rhythm City Casino Resort Event Center, the artist famed for such number-one singles as “Your Man,” “Would You Go with Me,” and “Why Don't We Just Dance.”

Born in Hannah, South Carolina, in 1977, Turner debuted on the Grand Ole Opry in 2001 when he debuted his composition "Long Black Train," which received for the artist a rare standing ovation in the middle of the song. Two years later, Turner released his debut album, also titled Long Black Train, which boasted singles including the popular title track, "Backwoods Boy," "What It Ain't," and "She'll Go on You." Long Black Train went on to spend more than 40 weeks on the Billboard country charts, reaching a peak of number 13 and receiving a gold certification. In early 2006, Turner released his second album Your Man, whose title track and first single was written by Jace Everett, Chris DuBois, and Chris Stapleton. Though it climbed the charts slowly, "Your Man" eventually became Turner's first number-one single, becoming gold-certified four weeks after its release and platinum-certified six months later. "Would You Go with Me," the second single released from Your Man, also reached the top of the country-singles charts, reached number 48 on the Billboard Hot 100, and was performed by Turner on the CMA Awards in November of 2006.

That December, Turner and Your Man earned Grammy nominations for Male Country Vocal Performance (for “Would You Go with Me”) and Country Album of the Year, with Turner invited to become a member of the Grand Ole Opry the following year; he is presently the second youngest member after Carrie Underwood. Since then, the country and gospel artist has released an additional seven studio albums, with his repertoire including chart-topping smashes in 2012's Punching Bag and 2017's Deep South, as well as top-five hits with 2007's Everything Is Fine, 2010's Haywrie, and 2016's I Serve a Savior. To date, Turner has sold more than 8.5 million units and amassed more than 2.5 billion global streams, he scored additional chart-toppers with "Why Don't We Just Dance" and "All Over Me," and his accolades include seven Country Music Association Award nominations in categories including Male Vocalist of the Year, Song of the Year, and Vocal Event of the Year.

Josh Turner plays his Event Center engagement on October 6, admission to the 8 p.m. concert is $40-60, and more information and tickets are available by calling (563)328-8000 and visiting RhythmCityCasino.com.