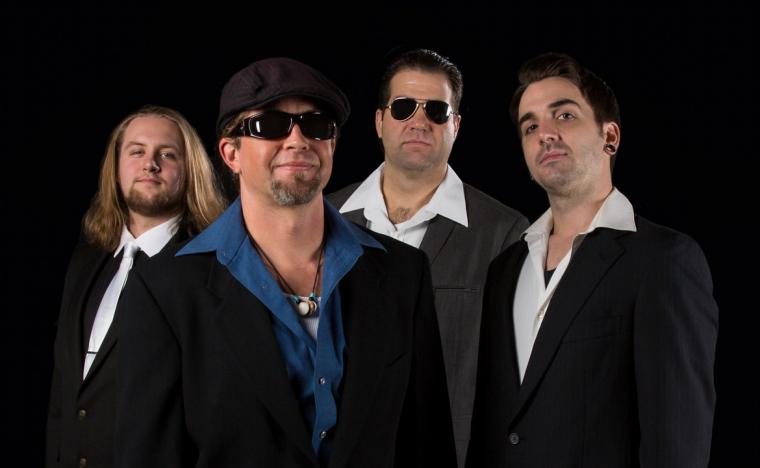 An artist who, according to American Blues Scene magazine, “plays a head-spinning variety of styles … never failing to excite the listener,” the Florida-based J.P. Soars and his band The Red Hots play a May 28 concert presented by the Mississippi Valley Blues Society, their engagement at Rock Island's Riverfront Grille demonstrating why BluesSource.com wrote, “Soars can stroke, persuade, bend, and stretch notes from places other guitarists haven't even heard of.”

Since starting his recording career as a blues artist with the critically acclaimed 2008 CD Back of My Mind, guitarist/vocalist Soars has channeled influences including Muddy Waters, Guitar Slim, and Wes Montgomery to forge his signature sound. Cutting his teeth touring and recording with South Florida metal bands, and learning the complex style of Django Reinhardt to perform in Gypsy-jazz solo and duo settings, Soars' unique approach paid off as he and his Red Hots trio won the 2009 International Blues Challenge and Albert King Award for most promising guitarist. The group followed Back of My Mind with the 2011 album More Bees with Honey, which received substantial airplay on XM Radio and earned accolades from “Little Steven” Van Zandt on his music program Underground Garage. More Bees with Honey also garnered Soars a Blues Music Award nomination for “Best Contemporary Male Blues Artist of the Year” and was named both “Best Blues CD” and “Album of the Year” by the Palm Beach Post.

JP Soars & the Red Hots' success has led to touring engagements in France, Austria, Switzerland, Luxembourg, Brazil, and Colombia, as well as blues-festival showcases in Germany, Holland, and throughout North America. Soars also performs with the regional all-star band Southern Hospitality alongside artists including Damon Fowler and Victor Wainwright – together, they earned a Blues Blast Award for their 2013 album Easy Livin' – and released a third CD with his Red Hots trio in 2014's Full Moon Night in Memphis. According to Blues Blast, it's a work of “complete mastery” and “boundless energy” that “maintains the standard of his earlier releases.”

Admission to the Riverfront Grille's May 28 concert with J.P. Soars & the Red Hots is $10 for Mississippi Valley Blues Society members and $12 for non-members (with membership applications available at the door), and the show starts at 7 p.m. For more information, call (563)322-5837 or visit MVBS.org.