An Evening with Keller Williams, December 4 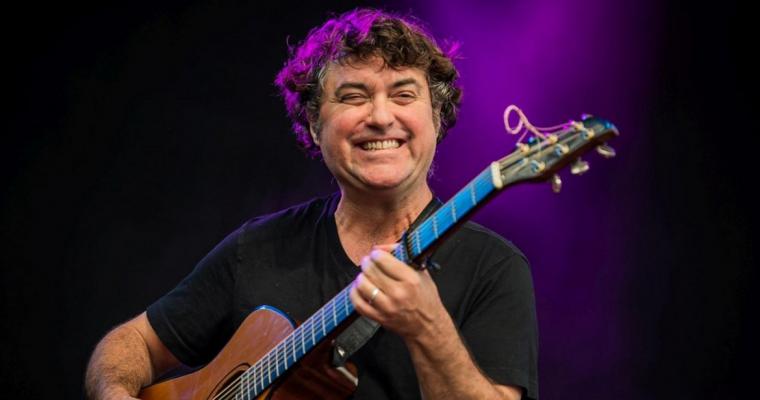 An Evening with Keller Williams at the Redstone Room -- December 4.

Lauded by Paste magazine as an artist whose “remarkable repertoire” boasts compositions that are “intriguing and alluring,” acoustic guitarist and singer/songwriter Keller Williams headlines a December 4 concert at Davenport's Redstone Room, a “one-man jam band” whom AllMusic.com also deemed “an utterly unique performer whose musical eccentricities don't keep him from being immediately accessible.”

Born in Fredericksburg, Virginia, the 51-year-old Williams began playing the guitar in his early teens and eventually attended Virginia Wesleyan College, where he received his degree in theatre. After college, he moved to Colorado to advance his music career and expand his repertoire, which would eventually combine elements of bluegrass, folk, alternative rock, reggae, electronica/dance, jazz, and funk, along with other assorted genres. A self-taught musician, Williams usually performs with a variety of instruments connected to a Boss Loop Station RC-300 phrase looper pedal, which allow him to play a riff once on an instrument, record, and repeat it. He also uses a Gibson Echoplex Digital Pro looping unit for that effect, oftentimes recording and looping an accompanying instrument, which allows him to play unaccompanied on stage yet recreate the sound of a full band. In addition, Williams employs a wide variety of effects, including an envelope filter expression pedal, wah pedal, Line 6 tap delay, Roland GR-55 guitar synth, Line 6 M13 Stompbox Modeler Guitar Multi-Effects Pedal, and Talk Box.

Containing mostly solo arrangements of his early tracks, 1994's Freek was Williams' solo album debut, and initiated the musician's practice of all of his albums having one-syllable titles; from that release to 2020's Cell, each one of the artist's 27 albums – including those he recorded with Jeff Austin and Keith Moseley as Grateful Grass and with The Keels as Keller & the Keels – can be named using one syllable. Though primarily a solo artist, Williams has toured with Yonder Mountain String Band, Umphrey's McGee, and Ratdog, and has frequently performed at the Bonnaroo Music & Arts Festival, the AllGood Music Festival, Summer Camp Music Festival, the Rothbury Festival, the Elysian Fields Music Festival, and Jam Cruise. Keller Williams Incident, meanwhile, is a collaborative performance between Williams and the musicians of The String Cheese Incident, and resulted in 1999's collaborative album Breathe. It has been stated that Williams and SCI began their partnership after Williams saw the band perform in Colorado, and offered to play with them in exchange for free ski passes.

Keller Williams plays the Redstone Room on December 4, admission to the 8 p.m. concert is $25-30, and more information and tickets are available by calling (563)326-1333 and visiting RiverMusicExperience.org.