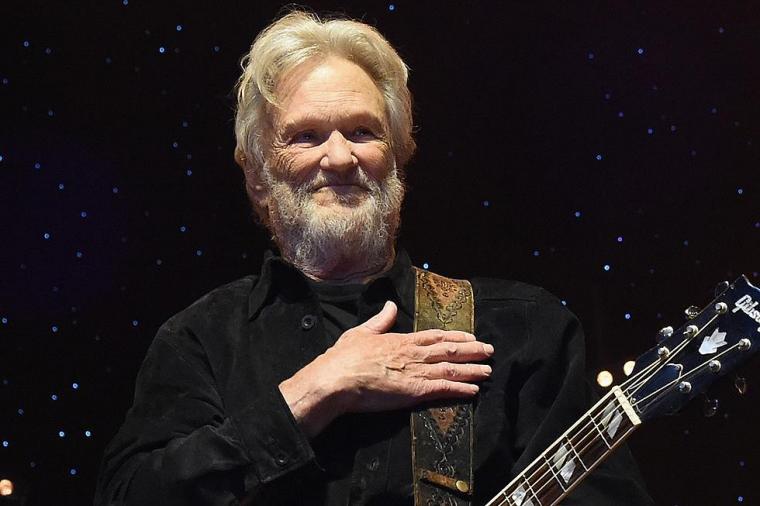 Kris Kristofferson & the Strangers at the Adler Theatre -- November 13.

A three-time Grammy Award winner, Golden Globe-winning actor, Academy Award-nominated songwriter, and inductee in the Country Music Hall of Fame makes a rare appearance at the Adler Theatre on November 13 as the Davenport venue hosts a night with Kris Kristofferson & the Strangers, a concert event led by the folk, country, and Americana singer/songwriter who has been a pop-culture icon for a full half-century.

Hitting the Billboard charts for the first time in 1970 with his album Kristofferson, the artist enjoyed a top-10 smash with his debut recording, following it with three similar smashes – The Silver Tongued Devil & I, Border Lord, and the chart-topping Jesus Was a Capricorn – over the next two years. Kristofferson had a number-one hit single with 1973's “Why Me,” and also topped the charts as a collaborator with Rita Coolidge on 1973's Full Moon and with Barbra Streisand on 1976's A Star Is Born, the latter the soundtrack for the movie musical that earned its stars Golden Globe Awards for Best Actress and Actor in a Comedy or Musical. To date, Kristofferson has released 17 studio albums, three live albums, five compilations, and six collaborative recordings, and his singles have included such smash solo works and duets as “Lovin' Her Was Easier,” “Watch Closely Now,” “A Song I'd Like to Sing,” and “Loving Arms.”

Also a noted songwriter for other artists, Kristofferson not only wrote the iconic “Me & Bobby McGee” for Janis Joplin (whom he dated up until her death), but such timeless tunes as “For the Good Times,” “Sunday Mornin' Comin' Down,” and “Help Me Make It Through the Night.” In 1985, Kristofferson joined fellow country artists Waylon Jennings, Willie Nelson, and Johnny Cash in forming the country-music super-group The Highwaymen, and formed a key creative force in the Outlaw-country movement that eschewed the Nashville music machine in favor of independent songwriting and producing. In 2004, Kristofferson was inducted into the Country Music Hall of Fame, and beyond A Star Is Born, the artist has enjoyed a hugely successful movie career, enjoying major roles in such films as Alice Doesn't Live Here Anymore, Blume in Love, Semi-Tough, Convoy, Songwriter (for which he wrote an Oscar-nominated song), I'm Not There, and the Blade and Dolphin Tale movies.

Kris Kristofferson & the Strangers bring their national tour to Davenport on November 13, admission to the 7:30 p.m. concert is $59-89, and tickets are available by calling (800)745-3000 or visiting AdlerTheatre.com.