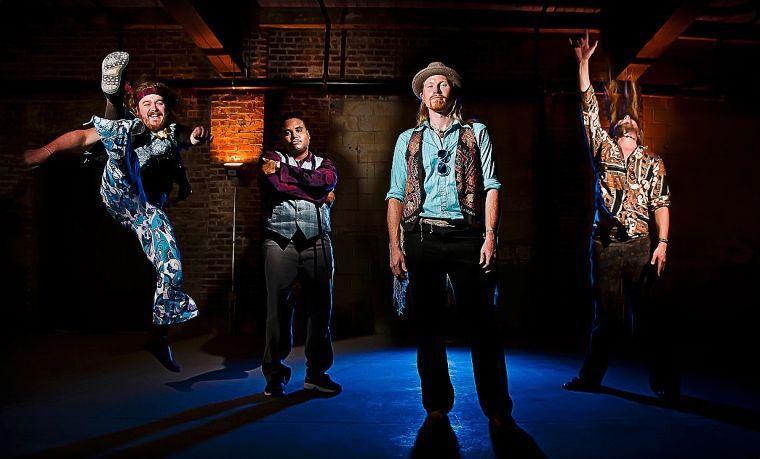 The Kris Lager Band at the Redstone Room -- June 1.

Appearing as the first musicians in the River Music Experience's “Guest List Series” of free concerts made possible with support from Davenport's Regional Development Authority, the blues rockers of the Kris Lager Band take the Redstone Room stage on June 1, sharing the talents that led Bandwagon magazine to praise the group's “brilliant” sound “that few other modern-day bands can offer.”

With Paste magazine adding that the Midwestern musicians deliver “the kind of toe-tapping rhythm that sometimes you just need to make it through a day,” the Kris Lager Band has been touring the country and performing in the artists' native Omaha region for more than 15 years. To date, the ensemble has released seven albums with its most recent recording 2018's Love Songs & Life Lines, a work mixed by Grammy Award-winning producer Jim Gaines and described by No Depression as “thoroughly engrossing and ultra-soulful.” As frontman Lager states, “When music is created from a place of love and delivered with good intentions, it is undeniably powerful. There's nothing better than making the people around you feel good. The ultimate compliment for me is when folks come up to me after a show and say, 'I was having a horrible day' or 'I was in a bad mood, and now I feel great.'

“A lot of the songs that I sing start as simple mantras,” Lager continues. “Mantras for me to keep in mind and remember in my daily life and struggles. The serve as reminders for myself to stay positive and keep shining light and speaking of hope. In the end, that's what I seek in my world, and honestly, I don't see enough of it out there in the world and on our screens. I choose to perform and share these songs and mantras with people because I believe they work. I believe songs make the hard times easier and the good times sweeter. I truly believe in the power of song, music, and creating art in general.” Lager's spirited ideas and attitudes are certainly on display in the Kris Lager Band's upbeat take on the blues crafted in such albums as 2007s Transient, 2009's The Mighty Quinn, and 2016's Rise & Shine, and underline why Blues Rock Review called the group's 2012 Swagadocious “an innovative form of blues rock” that “showcases the incredible musicianship camaraderie this band has together.”

The Kris Lager Band's free concert at the Redstone Room starts at 8 p.m. on June 1, and more information on the night is available by calling (563)326-1333 or visiting RiverMusicExperience.org.