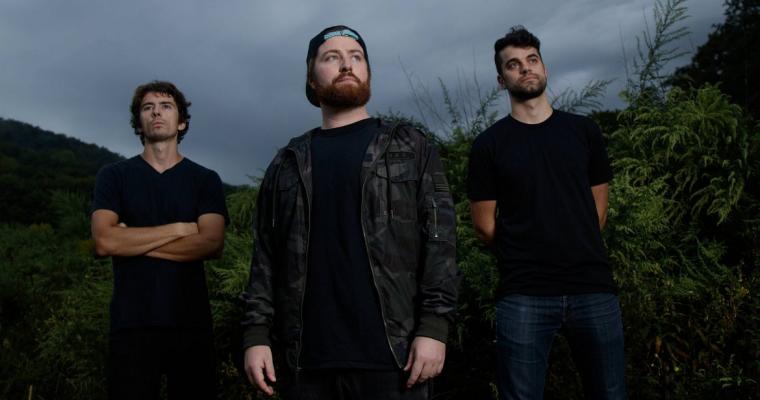 lespecial at the Redstone Room -- December 9.

Their 2020 album Ancient Homies lauded by Everything Is Noise as “an absolute must-listen” that “is fun, engaging, and well worth your time,” the funk and groove musicians of lespecial headline a December 9 concert set at Davenport's Redstone Room, the group delivering a sound, according to Relix, that “owes as much to Radiohead and The Mars Volta as it does Medeski Martin & Wood and Umphrey’s McGee.”

Formed in Connecticut by childhood friends Jon Grusauskas, Rory Dolan, and Luke Bemand, lespecial has carved out its own sonic path in modern music, creating a signature blend of what the musicians call “heavy future groove." The power trio’s fresh synthesis of varied and divergent influences was designed to reflect a post-modern cultural climate in which fans have space on their aural palette for J Dilla, Radiohead, King Crimson, and Fela Kuti, and in veering from hip-hop to metal, prog to house, pensive indie-rock to apocalyptic dub, they leave room for head banging and hip swaying alike, while still presenting a unified sound and vision. The group made its rceording debut with the EP Ceremony in 2013 and has thus far followed it with three albums: 2015's Omnisquid, 2017's Cheen, and last year's Ancient Homies, which has been the beneficiary of great critical acclaim since its debut.

With lespecial's work included among its "Top 50 Prog Albums of 2020," The Elite Extremophile said of the Ancient Homies musicians, "This New York trio has some of the freshest and most interesting genre fusions I’ve heard in a while. Indie rock is the base sound, stretched over a proggy framework of complex and innovative structures. Mixed in with this, though, are hip-hop inspired samples, synth tones, and rhythms. Groovy bursts of fuzzy metal crunch against some of the sparser passages. It’s not hard to find bands that claim to draw influences from all over the musical spectrum, but it’s rare to find one that actually does. lespecial is that rare band." And Live for Live Music said of the band's most recent recording, "Ancient Homies is a stunning synthesis of slammin’ sludge riffage, shoegaze oscillations, breakbeat-meets-Brit pop, psychedelic dub, and brainiac polyriddims, all of it swimming in supersonic sound-design.”

lespecial plays the Redstone Room on December 9 with opening sets by Mike Dillon & Punkadelic and The Channel Cats, admission to the 8 p.m. concert is $17-50, and more information and tickets are available by calling (563)326-1333 and visiting RiverMusicExperience.org.