Light in the Darkness: Musical Favorites of 2021 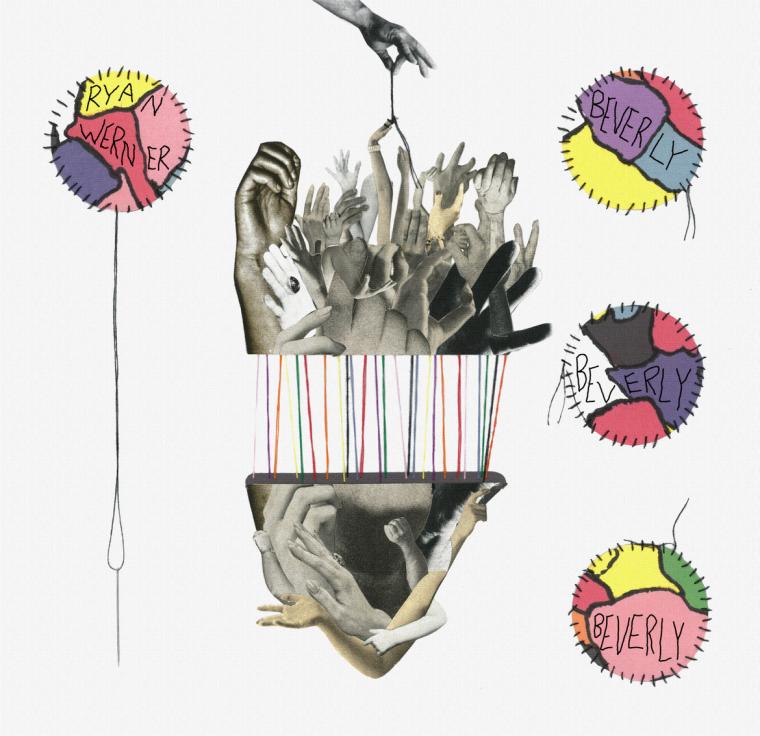 This 21-minute micro-masterpiece is loaded with more hooks, riffs and guitar harmonies than most albums twice its length. 13 rock songs shrunk down in a microwave for mass consumption, bubblegum hooks written by a literary-minded metal-head clever enough to drop lines about “circumstantial feasts.” There's more emotion here than meets the ear; repeated listening is mandatory. 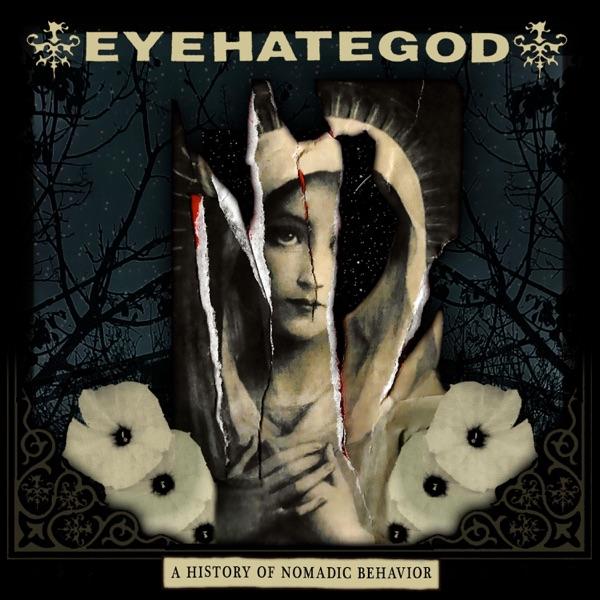 Eyehategod, A History of Nomadic Behavior

Eyehategod's first new album in seven years was heralded by a billboard near the Superdome in their native New Orleans. Equally surprising was the crystal-clear production on the album. These things may be heresy to some, but Mike IX's ordinarily half-decipherable lyrics benefit from the clarity, and the music loses nothing. Pared down to a power trio of Jimmy Bower, Gary Mader, and Aaron Hill, EHG rips through their trademark combination of raging hardcore punk, metal attitude, and a perverse New Orleans swing, riffs swaying like a drunk in an alley. The lurching rhythms and end-time message of EHG is the soundtrack of an unstable nation, lurching deeper into the hell of poverty, addiction, desperation and degradation from which Mike IX pulls his tortured, half-formed lyrics. The absurdity of it all fits like a tattered fingerless glove. 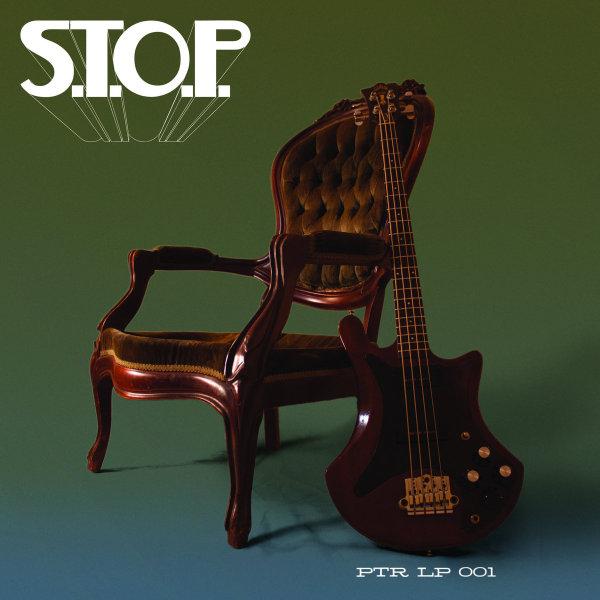 S.T.O.P., Moanin' in the Mornin'
When I stuck the debut album by Philadelphia's drunkest blues band onto last year's best-of list, I had no idea that the Bandcamp-only release was basically a demo, an unmastered version unintended for public consumption. It's since been slightly cleaned-up, renamed, and pressed to vinyl (complete with a Howlin' Wolf nod on the cover), exactly where their straight-outta-'70 heavy boogie belongs. 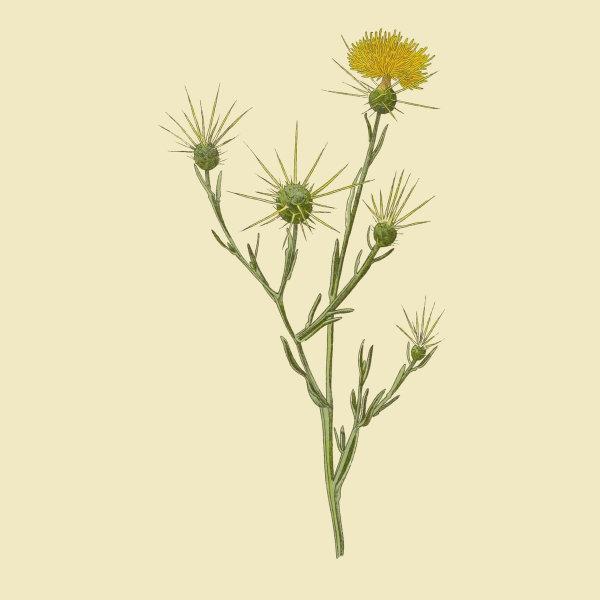 Canadian folkie Uncle Sinner is known for his doomsday renditions of American folk, blues, and gospel songs. Star Thistle is his alter ego, a new name for a debut collection of original songs. The audacity of the title belies an album of heartbreaking honesty and vulnerability, the confessions of a man who's lost what he held dear and is still trying to swim up from the bottom. Love, loss, isolation, and a chance for rebirth haunt these 12 achingly beautiful songs. 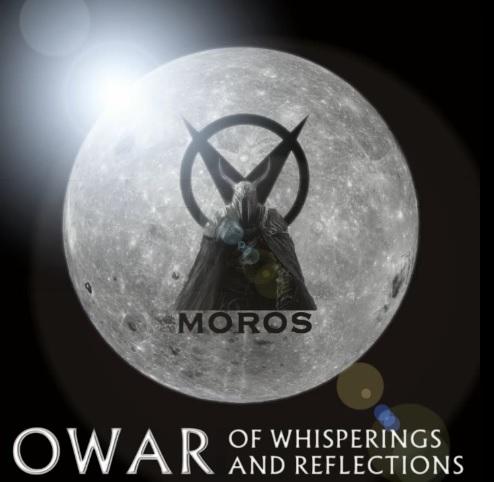 Ov Moros, Of Whisperings and Reflections

Ov Moros take an already dark view of humanity's future, combine it with prog-rock leanings and a healthy dose of old-school Star Trek, and come out the other end with an ambitious doom-metal concept album about humanity reaching for the stars in desperation as the seeds of overpopulation and climate change are sown on Earth. You won't be hearing about this Wisconsin trio on the bigger blogs and metal sites, but their second album is both timely and worth your time. 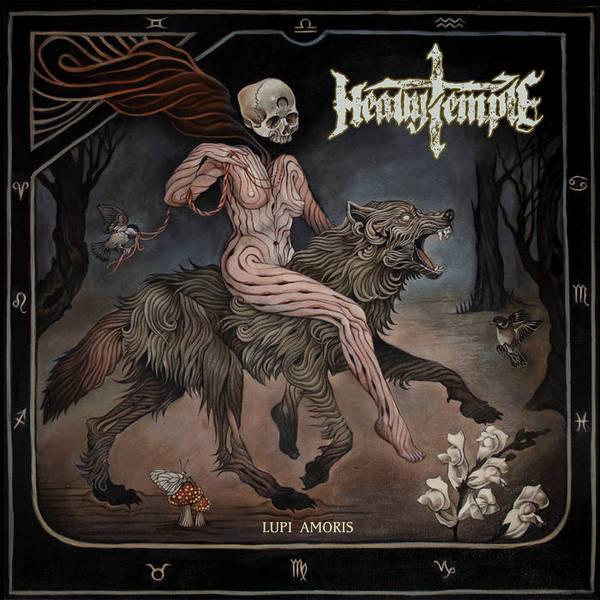 The doom-metal/stoner-rock subgenres have reached peak saturation. Any band wanting to stand out from the rest of the tune-low-play-slow crowd would do well to temper their sound with something different, or do the damn thing really well. Philly's Heavy Temple do the damn thing really well. It helps that bassist and frontwoman High Priestess Nighthawk has an impressive set of pipes, and actually sings – nay, belts – over the walloping riffage on the trio's first official full-length.“Stoner metal” at its core is just heavy blues-rock; to do it well requires a band to lock in and swing together. Swing they do, with Nighthawk and drummer Baron Lycan providing the groove underneath guitarist Lord Paisley's Orange-washed riffs and fluid pentatonic solos. It's part of what's given Heavy Temple a reputation as a powerful live band, captured perfectly on Lupi Amoris. 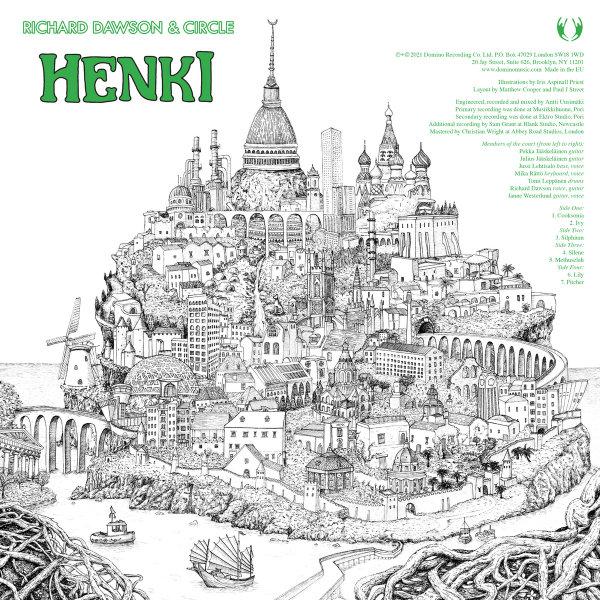 The absurdly prolific, ever-changing Circle are not a band one associates with moderation or restraint. On this collaboration with the eccentric and strikingly original English singer/songwriter Richard Dawson, the Finns dial back their heavily psychedelic experimental metal sound, functioning as the backing band for Dawson's tales of “special plants throughout history.” Dawson's guitar drones and chimes ominously over Circle's minimalist Krautrock grooves, evoking a fog-shrouded England both personal and historical. 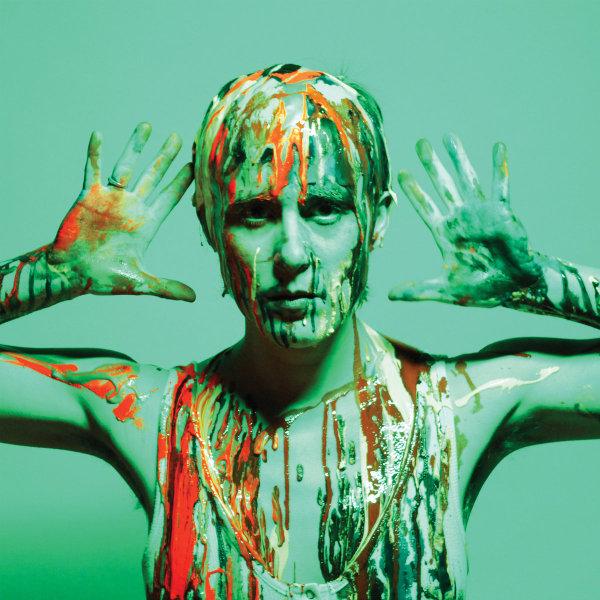 Cincinnati's Lung may be the most improbably heavy duo in music. Their calling card is short, menacing songs wound as tight as Kate Wakefield's electric-cello strings; their newest finds them putting more dynamics into the mix. “Normal” cello sounds are contrasted with Wakefield's wrenching distortion, and a greater emphasis on melody in the vocals belies her operatic training. Drummer Daisy Caplan is capable of the measured violence of the Melvins' Dale Crover, but maanges to keep those measurements within the appropriate limits of the songs. What comes out is “senseless beauty” of the kind Wakefield sings about in “Sun God,” a beauty unlike any other in heavy music. 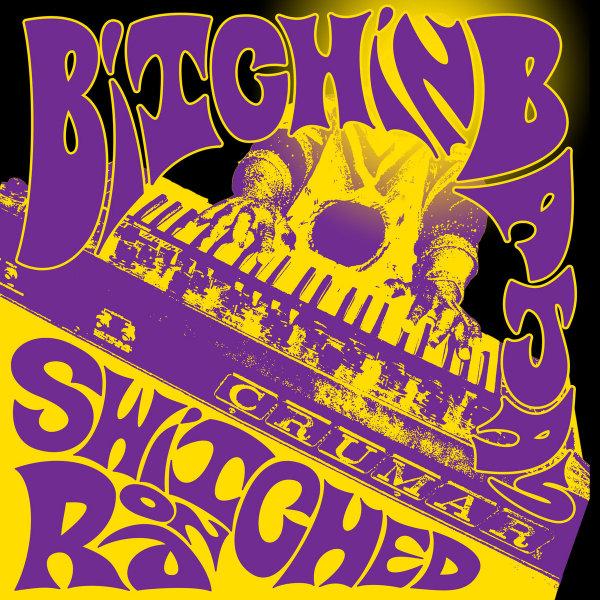 Eight compositions by the legendary Sun Ra, given the electronic treatment by the Chicago experimental synth trio. The result is a warm, listenable set of grooves and mood pieces that will satisfy heads and newcomers alike. Though little, if any, Sun Ra material has made it into the Bajas' live set, Switched on Ra may serve as enticement for those who are on the fence about attending their live appearance at the Raccoon Motel in Davenport on March 3. 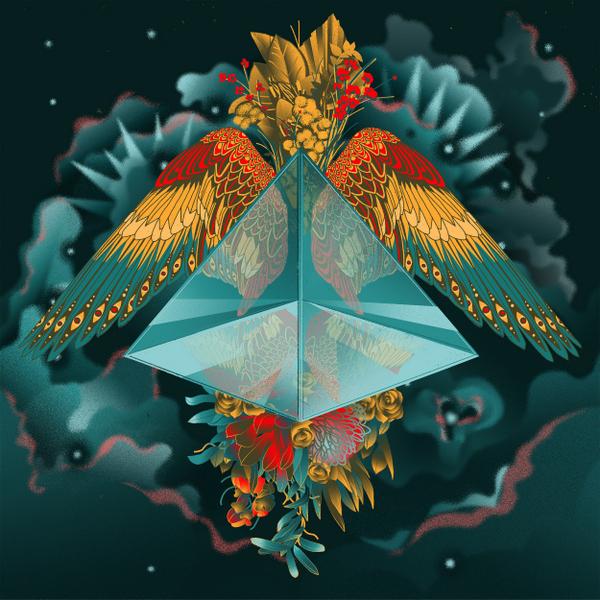 On their fourth album, Milwaukee riff merchants Shogun have struck the right balance with their doomy riff-rock, expertly laying new guitar sounds on top of the good ol' tube crunch that one expects from a quality stoner metal band. Tales of cosmic adventure are tempered with a growing emotional maturity that adds real pathos to tracks such as “Gone Forever,” a bittersweet pit-stop adorned with Wishbone Ash-esque harmonies. These guys know how to grow, and how to reflect it in their music without betraying their fundamental sound. 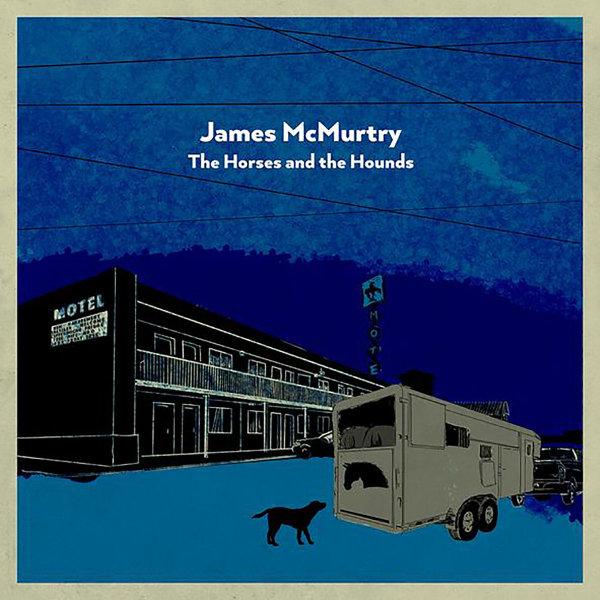 James McMurtry, The Horses & the Hounds

James McMurtry's songs have been melancholy and darkly political long before the shroud of the 21st century fell on America. No one expected him to change his tune, and his newest album is all the better for it. Songs about Blackwater mercenaries and dead lady truckers still bear his occasional wry humor. Choice line: “How're they gonna build a wall with no Mexicans anyway?” 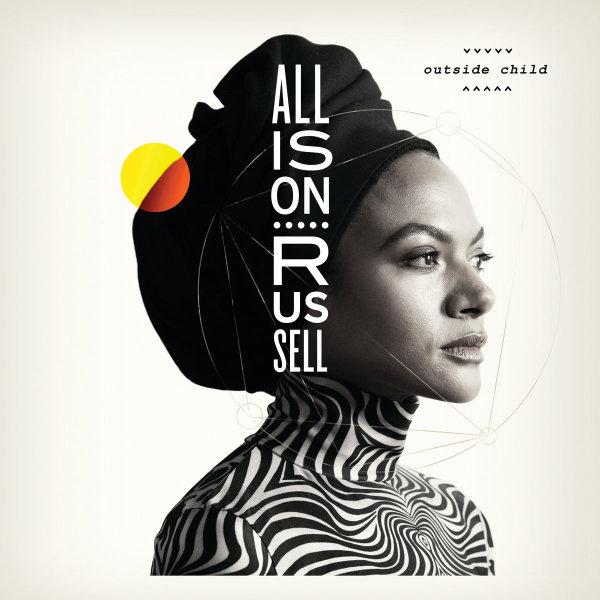 Outside Child is an incredibly touching statement from a woman cut loose from her roots, turning a life of trauma into a transformative record touching on R&B, soul, jazz, and even the country music of Russell's new home in Nashville. It's not just personal catharsis – it's a glorious effort to reach and lift up the weary and world-beaten. 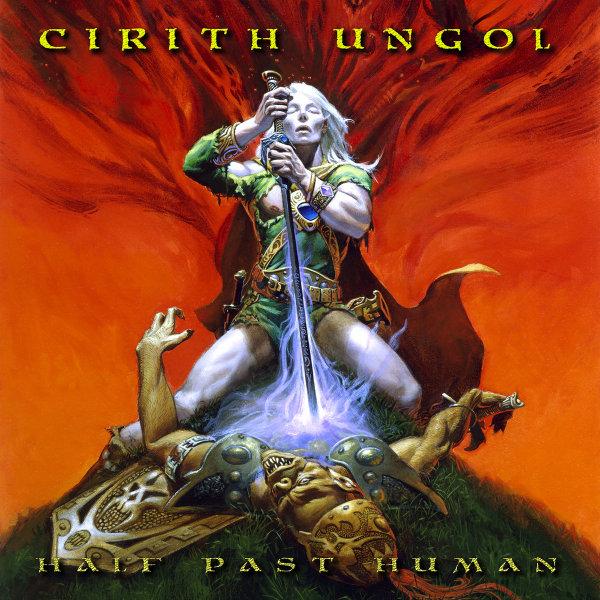 Cirith Ungol, Half Past Human

When most cult bands reunite, it's usually for a tour or two, some festival appearances, and maybe a forgettable “reunion” album. Cirith Ungol returned from the primordial chaos in 2015 and have managed to buck this trend, consistently releasing new material each year since 2018. 2020's Forever Black was a triumphant collection of new songs mixed with old ideas, but 2021 saw the legendary Californian epic metal band looking backward. Half Past Human unearths four songs dating from the band's beginnings in the '70s, brought to life with modern power by the 2021 version of the band. Legions of chaos, rejoice! 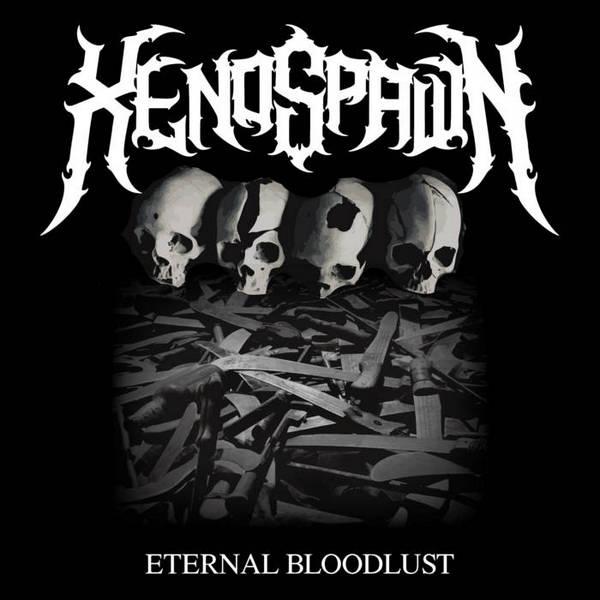 Three concise tracks of old-school death metal played by four Quad Cities extreme-metal veterans who are good enough to show off, but don't. The best local release of 2021, metal or otherwise. 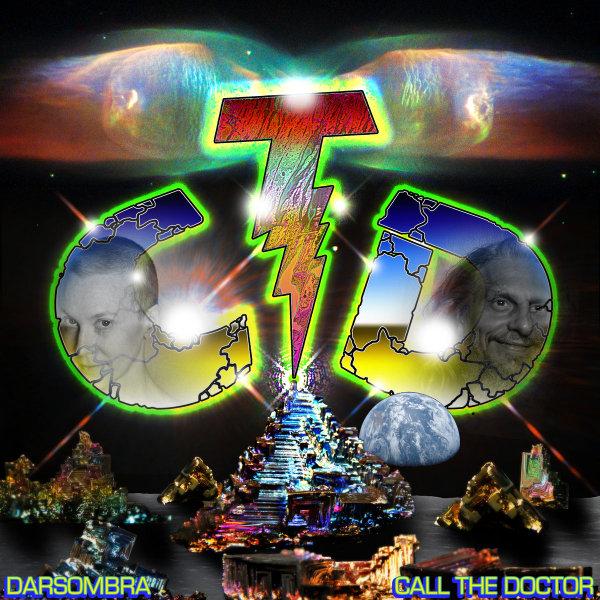 Ordinarily purveyors of a heady audio-visual trip dubbed “trans-apocalyptic galaxy rock,” the Baltimore duo decided to have some fun with“Call the Doctor,” a loving 15-minute send-up of '70s arena rock, complete with vocoder, jungle noises and Who-esque synths. “Nightgarden” is 11 minutes of blissed-out synths, singing guitars and cricket samples. It's a tantalizing taste of their forthcoming double-album, tentatively planned for 2022. 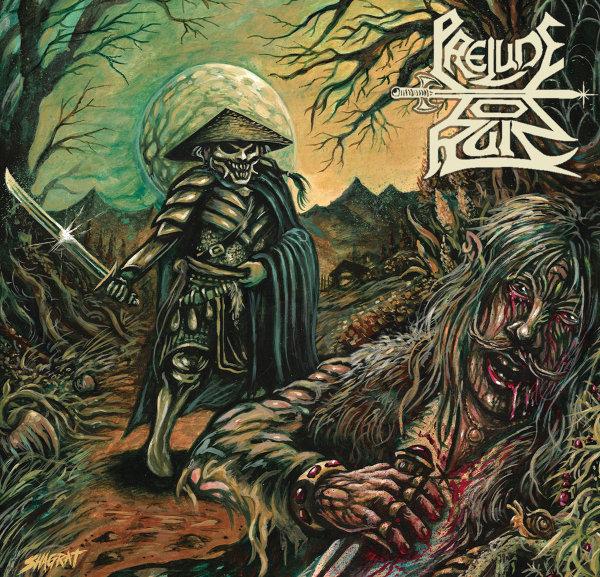 Classic power metal played with speed, precision, melody, and intensity. Prelude to Ruin's mission statement: “Rock and Roll is the last bastion of salvation afforded the current mortals who have been chosen, should they fail to complete their visions the consequences could be catastrophic.” In other words, listen to this now. 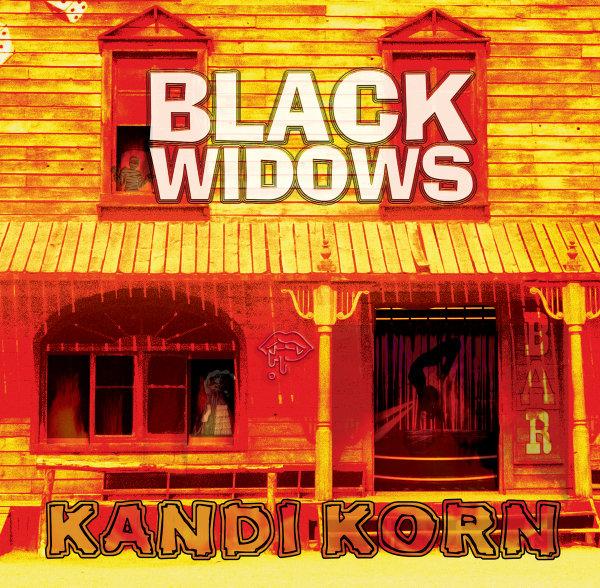 Hailing from Minneapolis, Black Widows play catchy, high-attitude guitar music self-described as “punk surf-roxotica.” Their newest EP is best summed up by the blurb on their Bandcamp page: “This 3 song EP … features tracks about powerful women who won't take shit from anyone! We've got a cannibalistic stripper that will eat you alive if you cross her, a sharp-shootin' madame from the West, and a mummy that dances her way back from the dead to get revenge on those who silenced her in a previous life! This EP is dedicated to anyone who has ever felt unsafe at a music venue. We will be donating proceeds from this recording directly to survivors of sexual assault in the Minneapolis music scene. To find out how you can help make spaces safer, visit ShowUpCollective.org.”