The Linda Ronstadt Experience, May 26 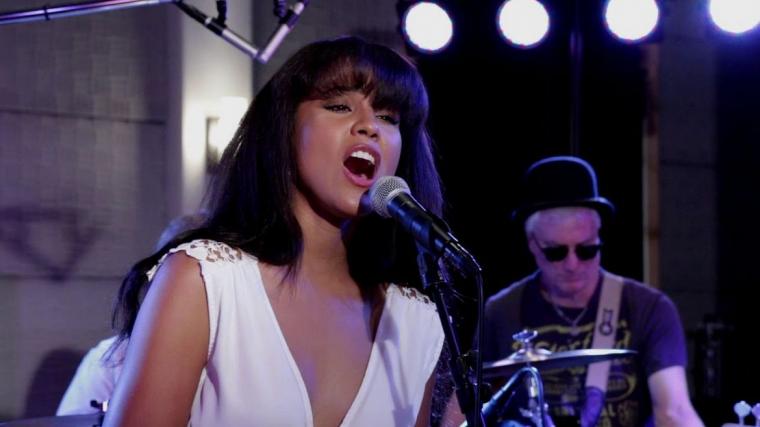 The Linda Ronstadt Experience at the Raccoon Motel -- May 26.

Boasting an iconic repertoire of songs that includes "You're No Good," "When will I Be Loved," "That'll Be The Day," "Blue Bayou," and many other genre-crossing smashes, the tribute musicians of The Linda Ronstadt headline a May 26 concert at Davenport's Raccoon Motel, celebrating the beloved, now-retired artist who charted 38 U.S. Billboard Hot 100 singles, 10 of which reached the top of the charts.

Having performed and recorded in diverse genres including rock, country, light opera, and Latin, Ronstadt has earned 11 Grammy Awards, three American Music Awards, two Academy of Country Music Awards, an Emmy Award, and an ALMA Award. Many of her albums have been certified gold, platinum, or multi-platinum in the United States and internationally, and she has also earned nominations for a Tony Award and Golden Globe Award. Ronstadt was awarded the Latin Grammy Lifetime Achievement Award in 2011 and also awarded the Grammy Lifetime Achievement Award in 2016. In April of 2014, she was inducted into the Rock and Roll Hall of Fame, and three months later, she was awarded the National Medal of Arts and Humanities. In 2019, the artist received a star jointly with Dolly Parton and Emmylou Harris on the Hollywood Walk of Fame for their work as the group Trio, and Ronstadt was also among five honorees who received the 2019 Kennedy Center Honors for lifetime artistic achievement.

Ronstadt reduced her activity after 2000 when she felt her singing voice deteriorating, releasing her last full-length album in 2004 and performing her last live concert in 2009. She announced her retirement in 2011 and revealed shortly afterward that she is no longer able to sing as a result of a degenerative condition later determined to be progressive supranuclear palsy. Since then, however, Ronstadt has continued to make public appearances and published her autobiography Simple Dreams: A Musical Memoir in 2013, with a documentary based on her memoirs – Linda Ronstadt: The Sound of My Voice – released in 2019.

Billed as "The Premier Touring Tribute," The Linda Ronstadt Experience showcases the songs that Ronstadt made famous, drawing on nearly two dozen numbers from the artist's vast repertoire. The show takes audiences from Ronstadt's early days with the Stone Poneys; the 1970s, where she helped forge the country-rock sound with classic renditions of songs by the Eagles, Jackson Brown, and Warren Zevon; and into the '80s, where she bridged the new-wave sound into huge hits with her chart-topping tenth album Mad Love. With their explosive live shows also including material by the Rolling Stones, Tom Petty, Little Feet, and other contemporaries of the day, The Linda Ronstadt Experience invites audiences on an emotional ride of purity, power, and heartbreak as lead singer Tristan McIntosh (a 2016 American Idol finalist) and her musicians bring Linda Ronstadt's music into the 21st century.

The Linda Ronstadt Experience brings its Midwestern tour to Davenport on May 26, admission to the 8 p.m. concert is $20, and more information and tickets are available by visiting TheRaccoonMotel.com.