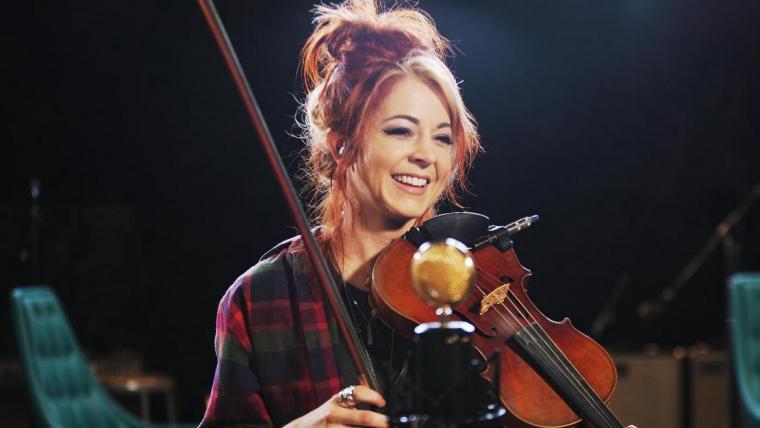 Last year, YouTube sensation, America's Got Talent quarter-finalist, and violin virtuoso Lindsey Stirling released the chart-topping holiday album Warmer in the Winter. This year, things are going to get a whole lot hotter when Stirling brings her “Wanderland Tour” to Moline's TaxSlayer Center on December 6 – a night with the artist whom Rolling Stone calls “mesmerizing and emotive” and who currently boasts more than 1.9 billion views on her YouTube channel.

Stirling’s professional journey began in September of 2012 with the release of her self-titled debut album. Featuring her smash hit “Crystallize,” which has racked up over 177 million YouTube views, the recording reached number-one on Billboard’s Dance/Electronic Chart and Classical Album Chart, earned her a 2014 Billboard Music Award nomination for “Top Dance/Electronic Album,” and was certified Gold by the RIAA. The album also reached number-one on Billboard’s Dance/Electronic and Classical Album Charts, and peaked at #23 on the Billboard Top 200. In 2014, Stirling released her sophomore album Shatter Me, which debuted at number-two on Billboard’s Top 200, has sold over a quarter million copies in the United States, and went on to spend an impressive 21 weeks at the number-one spot on the Billboard Classical Album Chart. The album includes a collaboration with Halestorm lead singer Lzzy Hale on her smash single “Shatter Me,” which has over 72 million views on YouTube and took home the 2015 Billboard Music Award for “Top Dance/Electronic Album.”

More recently, Stirling's critically acclaimed third studio album Brave Enough debuted at number-five on Billboard’s Top 200 Album Chart in 2016, and went on to score the number-one spot on Billboard’s year-end Top Dance/Electronic Album list. The recording earned Stirling a 2017 Billboard Music Award for “Top Dance/Electronic Album,” and with the release of Warmer in the Winter, Stirling's concerts have sold out theaters and arenas around the globe, spanning a range of continents including North America, South America, and Europe. In 2016, Stirling also released her first book with Simon & Schuster – the memoir The Only Pirate at the Party that debuted on the New York Times bestseller list.

Lindsey Stirling's December 6 concert at the TaxSlayer Center starts at 8 p.m., admission is $39.50-75, and tickets are available by calling (800)745-3000 or visiting TaxSlayerCenter.com.