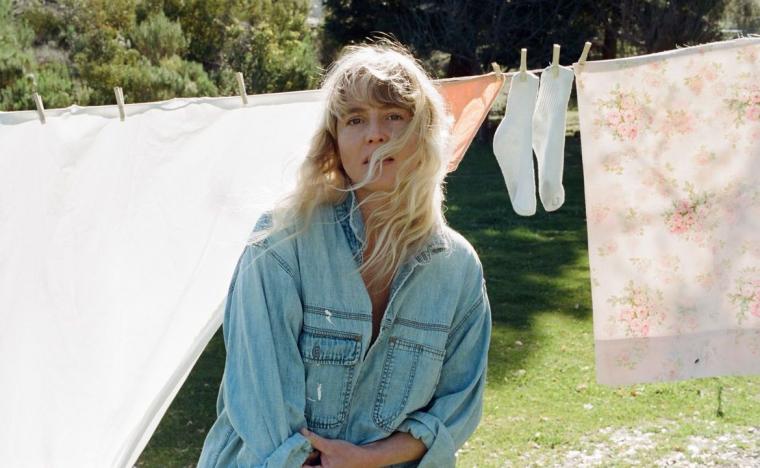 Currently touring in support of her latest album Carving Canyons – a recording that, according to Forbes magazine, boasts “her best as well as her most mature work yet” – lauded singer/songwriter and Rock Island native Lissie returns to the Quad Cities for a December 3 headlining concert at Davenport's Raccoon Motel.

Born Elisabeth Corrin Maurus and raised in Rock Island, Lissie was invited by Lenny Kravitz in 2008 to be the opening act for his Love Revolution Tour after a friend tipped him about the young artist's MySpace page. Later that year, "The Longest Road," a song she co-wrote with DJ Morgan Page, reached number four on Billboard's Hot Dance Club Songs chart, and in late 2009, Lissie's EP debut Why You Runnin' was released on the Fat Possum label. The recording was listed among Paste magazine's "Eight Most Auspicious Musical Debuts of 2009," and in early 2010, the artist toured various venues in the United Kingdom supporting Ohio-born singer/songwriter Joshua Radin. After signing with Sony Music UK's Columbia Records, Lissie's debut album Catching a Tiger debuted in the summer of 2010, with its first single "In Sleep" selected as "Track of the Day" by Q and its second, "When I'm Alone," eventually chosen by iTunes UK as their 2010 song of the year.

The singer/songwriter/guitarist's second studio album Back to Forever was released in October 2013, while her first record as an independent artist, My Wild West, debuted in 2016 to considerable critical acclaim. Following a notable performance of her song “Wild West” in episode 14 of 2017's Twin Peaks: The Return, Lissie's fourth studio album Castles was released worldwide in the spring of 2018, leading NME's Leonie Cooper to rave that the artist "weaves in sparkling, electronic production and heavily layered vocals to produce something bordering on the symphonic." Meanwhile, in season 3 of the TV show Loudermilk, Lissie played a fictional character named Lizzie Poole who used to be a singer/songwriter but gave that career up after a negative review written by the title character, with the songs that Lizzie performs in the show actually previously released Lissie songs.

With her latest release Carving Canyons produced by Curt Schneider, the album, the artist states, is about looking within while dealing with the uncertainty of the future: finding hope in personal and worldly adversity, no matter what the forecast might say. Inspired by her intergenerational female-friend group and the nature that surrounded her, Lissie traveled to Nashville and co-wrote much of the album with a majority of female-identifying songwriters – including Bre Kennedy, Madi Diaz, Morgan Nagler, Natalie Hemby, Kate York, and Sarah Buxton – who also contribute additional vocals throughout the album.

Lissie plays her Davenport engagement on December 3, admission to the 8 p.m. concert is $25, and more information and tickets are available by visiting TheRaccoonMotel.com.