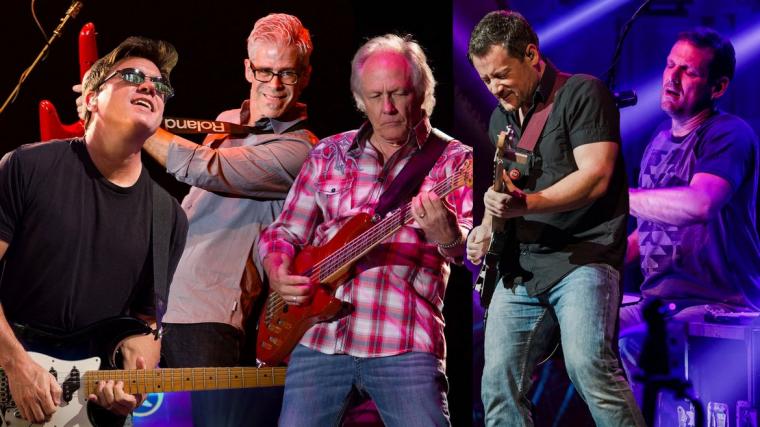 One of the most acclaimed and admired bands to ever come out of Australia makes a rare Midwestern appearance at the Rhythm City Casino Resort Event Center on September 4, as the Bettendorf venue hosts the touring pop rockers of Little River Band, whose gifted members can boast 18 studio albums, four live albums, and such Billboard smashes as “Reminiscing,” “The Night Owls,” and “Take It Easy on Me.”

A vocal quintet whose lineup, for nearly a decade, has been composed of Wayne Nelson on bass, Rich Henning and Colin Whinnery on guitars, Chris Marion on keyboards, and Ryan Ricks on drums, Little River Band originally formed in Melbourne, Australia, in March of 1975. Beginning with their self-titled album debut, the band achieved significant commercial success in both Australia and the United States, having sold more than 30 million records, Six of Little River Band's studio albums reached the top 10 on the Australian Kent Music Report albums chart, among them 1977's Diamantina Cocktail and 1979's First Under the Wire, both of which peaked at number two. Nine singles appeared in the top 20 on the related singles chart, with 1977's "Help Is on Its Way" the group's chart-topping smash. Ten singles, meanwhile, reached the top 20 on the Billboard Hot 100, with 1978's "Reminiscing" their biggest hit, peaking at number three.

Little River Band have received many music awards in Australia, with the 1976 line-up of Beeb Birtles, David Briggs, Graeham Goble, Glenn Shorrock, George McArdle, and Derek Pellicci inducted into the Australian Recording Industry Association (ARIA) Hall of Fame at the 18th Annual ARIA Music Awards of 2004. Most of the group's 1970s and 1980s material was written by Goble and/or Shorrock, Birtles, and Briggs, and in May of 2001, the Australasian Performing Right Association, as part of its 75th anniversary celebrations, named the Shorrock composition "Cool Change" as one of the Top 30 Australian songs of all time. As for "Reminiscing," which was written by Goble, the song received a Five-Million Broadcast Citation from the performance-rights organization BMI in 2020.

Beyond the aforementioned titles, additional hit singles for Little River Band on the Australian and U.S. charts have included 1977's “Happy Anniversary,” 1978's “Lady,” 1979's “Lonesome Loser,” 1982's “Down on the Border,” and 1983's “The Other Guy.” In an in-joke, the 2010 movie comedy The Other Guys finds Will Ferrell's character listening to “Reminiscing” on CD, and admitting that he always has six identical Little River Band CDs in his car.

Little River Band plays the Rhythm City Casino Resort Event Center on September 4, admission to the 8 p.m. concert is $30-60, and more information and tickets are available by calling (563)328-8000 and visiting RhythmCityCasino.com.