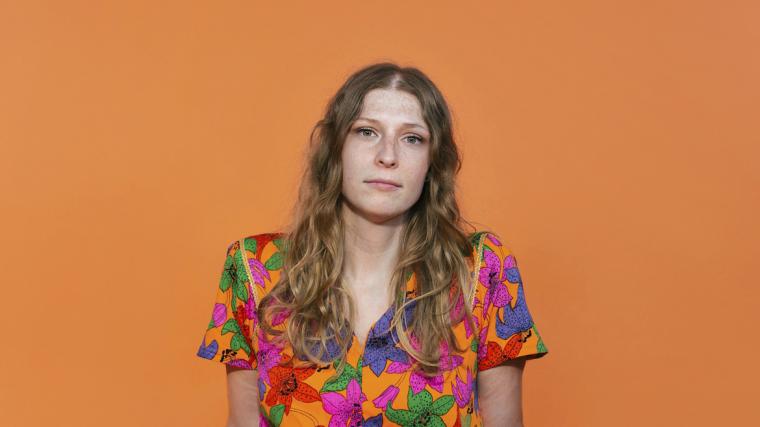 Best known as the lead singer for the Nashville-based rock outfit Liz Cooper & the Stampede, a group that NPR praised for delivering "a seamless balance of muted rhythmic sounds and propulsive drive that feels so good," Liz Cooper headlines a solo concert at Davenport's Raccoon Motel on November 19, the artist lauded by Rolling Stone as a talent who "pushes her strand of folk rock deep into psychedelic territory."

Cooper spent the majority of her life developing her golf skills, only to drop her college scholarship to move to Nashville and pursue music in 2012. Forming Liz Cooper & the Stampede alongside Ryan Usher, the group played the Bottlerock Festival and Austin City Limits Festival, and opened for the likes of Lord Huron, Phosphorescent, Tyler Childers, Houndmouth, Bermuda Triangle, Rayland Baxter, and Deer Tick. Following the release of 2014's EP Monsters, the band delivered an album in 2018's Window Flowers and a quartet of additional EPs, and critics have been rapturous in their praise from the start. Reviewing a concert set, Glide magazine stated, "This is special stuff, sending a clear as day signal that Liz Cooper & the Stampede may be one of the most exciting live acts out there right now." The New York Times, meanwhile, wrote, "This lilting Nashville rock trio gives new meaning to the label 'easy listening' with their tempered, dreamy psychedelia. Gentle grooves and softly arpeggiated guitars take the place of sprawling, climactic jams, yet their songwriting is taut enough that the audience is never in danger of being lulled to sleep."

Cooper is currently touring in support of her new solo album Hot Sass, which has earned the musician some of the best notices of her career. Guitar Girl magazine states that Cooper "brings both a retroactive vibe and a contemporary feel through this energetic album with a touch of the blues and an overall feel of rebellion against musical norms. Cooper’s jazzy voice ranges from a vintage harmony reminiscent of a 1920’s singer to a strong punk melody with contrasting songs such as 'Motorcycle' and the single 'Hot Sass' that brings the listener into a journey of different genres." And describing Hot Sass as "like nothing we've ever heard from her before," Relix magazine wrote, "When an artist evolves, it always includes some inherent risk. In the case of Hot Sass, Cooper clearly wants to push the envelope in what she can do with a song, but also how she can construct a record. Hot Sass is a fantastic next step for Cooper; there’s excitement around every corner."

Liz Cooper brings her tour to Davenport on November 19, admission to the 7 p.m. concert is $15, and more information and tickets are available by visiting TheRaccoonMotel.com.