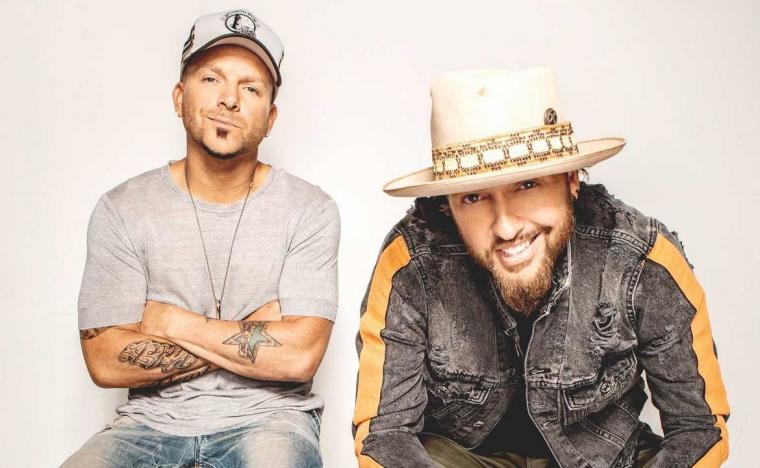 With their most recent album, 2019's Brothers, described by SoundsLikeNashville.com as a recording that showcases the duo's “talent for delivering exuberance in their music” and “positive spirits and honest chemistry,” Nashville's Locash serves as the Mississippi Valley Fair's August 4 grandstand headliners, performing from a repertoire that has found chart-topping hits in “I Know Somebody” and “One Big Country Song.”

A country-music duo composed of vocalists Chris Lucas and Preston Brust – natives of Baltimore, Maryland, and Kokomo, Indiana, respectively – the Nashville act originally known as the Locash Cowboys first signed to R&J Records (formerly Stroudavarious Records), for which they released three singles. The first, "Here Comes Summer," debuted at number 60 on Billboard's Hot Country Songs chart and was adapted for a CMT music video, while the duo's second single "Keep in Mind" made the top 40 in early 2011, with its followup "You Got Me" reaching number 52. In 2012, the LoCash Cowboys released the single "C.O.U.N.T.R.Y." through Average Joes Entertainment, but while the song was originally intended to be the fourth single from their debut album, it was held back due to the closing of R&J Records. Its video consequently premiered on GAC in July of 2012, and a dance remix of "C.O.U.N.T.R.Y." featuring Colt Ford was also released that year, finding inclusion on the album Mud Digger, Vol. 3. Brust's and Lucas' songwriting credits also include Keith Urban's 2011 single "You Gonna Fly" and Tim McGraw's 2012 hit "Truck Yeah."

By 2015, the duo had dropped "Cowboys" from their moniker and released a new single as Locash – "I Love This Life" – in their album The Fighters. It became Burst's and Lucas' first top-five hit in late 2015, and after the album's second single "I Know Somebody" released to country radio in early 2016, it reached number one on the Billboard charts that October. With The Fighters' "Ring on Every Finger" also a hit for Locash, the duo earned their first round of awards-show recognition in 2017, nominated at the ACM Awards for New Vocal Duo or Group of the Year, the CMT Music Awards for Duo Video of the Year (for “I Know Somebody”), and the CMA Awards for Vocal Duo of the Year. In 2019, ACM Duo of the Year nominees Burst and Lucas released their latest album (and first with their new label BBR Music Group/BMG) Brothers, with their lead single “Feels Like a Party” reaching Billboard's Top 30. The album's “One Big Country Song,” meanwhile, peaked at number eight on Billboard's U.S. Country chart, number two on the U.S. Country Airplay chart, and number one on the Canadian Country chart.