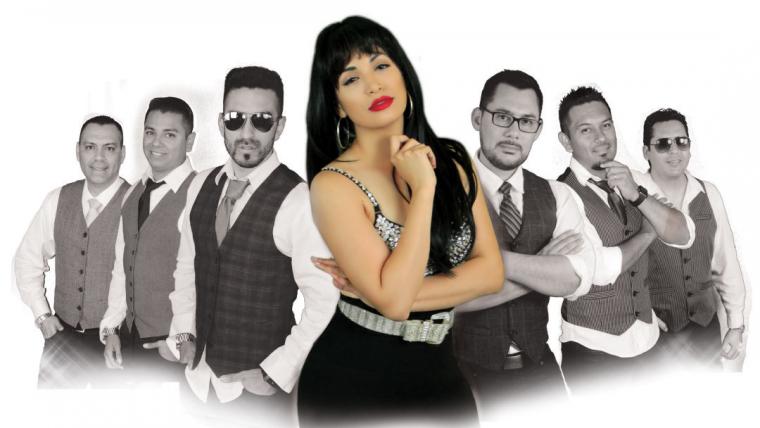 With singing sensation Keila Martinez headlining and a sextet of gifted musicians backing her vocals, the tribute artists of Los Chicos del 512: The Selena Experience play the Rhythm City Casino Resort Event Center on October 22, their show a dynamic touring celebration of the legacy and dance-tastic hits of the late, great pop and Tejano chanteuse Selena.

Born Selena Quintanilla-Pérez in 1971, and a true force of nature until her tragic death in 1995, Selena was an singer, songwriter, spokesperson, businesswoman, model, actress, and fashion designer frequently referred to as the "Queen of Tejano music." Her contributions to the music and fashion industries made her one of the most celebrated Mexican-American entertainers of the late 20th century, and Billboard magazine named her the greatest female Latin artist of all time. She debuted on the music scene as a member of the band Selena y Los Dinos, which also included her elder siblings A.B. Quintanilla and Suzette Quintanilla, but Selena's popularity grew exponentially after she won the Tejano Music Award for Female Vocalist of The Year in 1987, which she wound up winning nine consecutive times. She signed with EMI Latin in 1989 and released her self-titled debut album the same year, while her brother became her principal music producer and songwriter.

In 1992, Selena released Entre a Mi Mundo, which peaked at number one on the U.S. Billboard Regional Mexican Albums chart for eight consecutive months. The album's commercial success led music critics to call it the "breakthrough" recording of her musical career, and one of its singles, "Como la Flor," became one of Selena's most popular signature songs. Released the following year, Live! Won Best Mexican/American Album at the 1994 Grammy Awards, becoming the first recording by a female Tejano artist to do so. Later that year, she released Amor Prohibido, which became one of the best-selling Latin albums in the United States. The album was critically acclaimed as being responsible for Tejano music's first marketable era, the genre consequently becoming one of the most popular Latin-music subgenres of the period.

Two weeks after the artist's 1995 killing by former friend and manager Yolanda Saldivar, George W. Bush, governor of Texas at the time, declared April 16 as Selena Day in Texas. Her posthumous crossover album, 1995's Dreaming of You, debuted atop the Billboard 200, making Selena the first Latin artist to accomplish this feat. In 1997, Warner Bros. released the biographical drama Selena, which starred a then-unknown Jennifer Lopez, and the movie consequently catapulted Lopez into fame. To date, Selena herself has sold around 30 million records worldwide, making her one of the best-selling female artists in Latin music.

Los Chicos del 512 play the Rhythm City Casino Resort Event Center at 8 p.m. on October 22, admission is $25 with first-come/first-served seating, and more information and tickets are available by calling (800)328-8000 and visiting RhythmCityCasino.com.