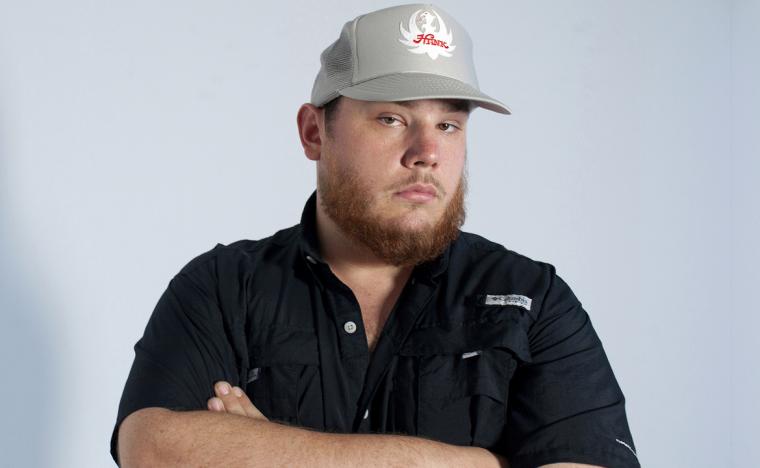 Appearing in the latest stop on his national “Beer Never Broke My Heart Tour,” Grammy nominee and Country Music Association (CMA) Award winner Luke Combs takes the stage at Moline's TaxSlayer Center on April 12, sharing with fans the talents and presence that led the 29-year-old singer/songwriter to become the first artist to have five number-one hit singles on Billboard's Country Airplay Chart with his first five releases.

Born in Charlotte, North Carolina, Combs is a vocalist from childhood who both played football and performed with multiple vocal groups in high school, at one point even performing a solo in the world-renowned Carnegie Hall. While attending Appalachian State University, he played his first country music show at the Parthenon Cafe, and with less than a month left of his fourth year of college, dropped out to pursue a country-music career in Nashville. Combs released his first EP The Way She Rides in February of 2014 and, later that year, his second EP Can I Get an Outlaw, and in 2015, the artist's first single “Hurricane” sold 15,000 copies in its first week and debuted at number 46 on Billboard's Hot Country Songs chart. (The song would eventually go on to triple-platinum certification.) That November, Combs released his third EP This One's for You and went on to be named one of Sounds Like Nashville's “Artists to Watch” for 2016, signing a deal with Sony Music Nashville later that year.

Through its re-release on Columbia Nashville, "Hurricane," reached number one on the country-radio airplay charts on May 15, 2017, holding that spot for two weeks, and that June saw the release of Combs' major-label debut album This One's for You, which reached number one on the Billboard Top Country Albums chart and number five on the U.S. Billboard 200 in its first week. The album's second single “When It Rains It Pours” reached number one on the Country Airplay chart in October of 2017 while the album's third single “One Number Away” topped the charts afterward, and in mid-2018, Combs re-released This One's for You with bonus tracks “She Got the Best of Me” and “Beautiful Crazy,” both of which were also issued as singles. When the latter reached number one on Country Airplay Chart in February 2019, Combs became the first artist to have five number ones on Billboard's country chart with his first five singles, and the superstar's additional career highlights of late have included a 2019 Grammy nomination for “Best New Artist” and the CMA Award for “New Artist of the Year.”

Luke Combs performs on April 12 with opening sets by LANCO and Jameson Rodgers, admission to the 7:30 p.m. concert is $22-47, and tickets are available by calling (800)745-3000 or visiting TaxSlayerCenter.com.