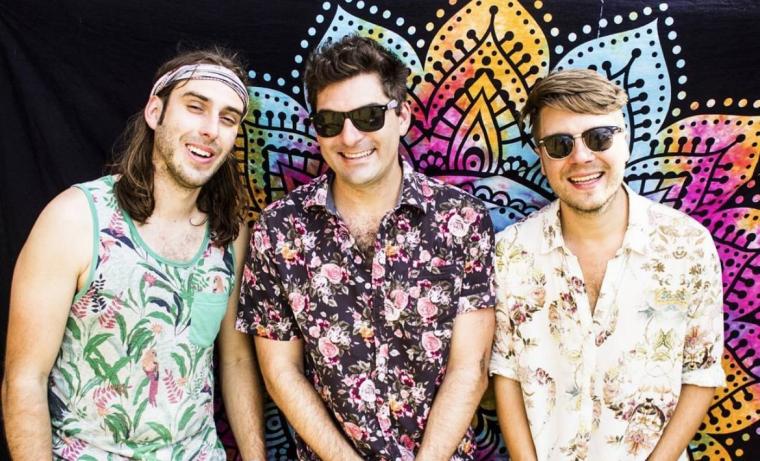 Presenting what 24OurMusic.net called “artistic synergy done right, combining all the best elements of rock, funk, and hip-hop into something that is cool and enchanting,” the Miami-based musicians of Magic City Hippies will bring their luaded genre blend to Davenport's Redstone Room on June 28 – the latest stop in a June tour that finds the band visiting nine states over 13 days.

Magic City Hippies unofficially began as a one-man band, with the group's frontman Robby Hunter playing solo hip-hop covers and original tunes for passers-by on the streets of Miami. After Hunter teamed with multi-instrumentalists John Coughlin and Pat Howard and dubbed the trio the Robby Hunter Band, the artists self-produced their debut album in 2013, a release that had a Hype Machine chart topper in “Corazón.” It also found SunsetInTheRearview.com labeling the musicians “their own mixed drink, blending parts blues, parts funk, and parts hip-hop into one sun-kissed, beach-ready concoction.”

The title of that album was Magic City Hippies – a moniker that was subsequently chosen to be the band's new name – and in 2015, the first official Magic City Hippies release arrived in the form of the EP Hippie Castle, whose lead-off track “Fanfare” hit number-one on both the Hype Machine chart and Spotify's Global Viral Top 50. To date, the EP has accumulated more than 10 million Spotify streams and led to the release of two follow-up singles in “HUSH” and “Heart Wants.” Having completed a two-month national tour opening for Hippo Campus and festival spots at SunFest and Bonnaroo, the musicians are currently writing material for Magic City Hippes' next full-length album in addition to maintaining their busy tour schedule, with NorthwestMusicScene.net hailing the artists for their “vibrant and impressive stage presence” and “brightness that everyone could relate to.”