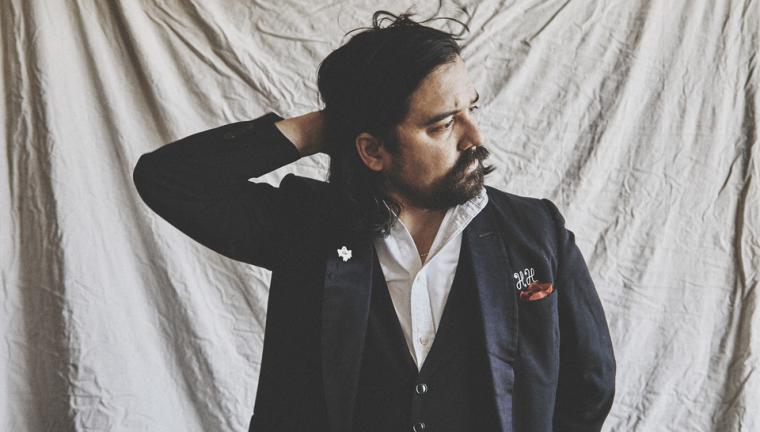 Touring in support of their most recent recording Dream Hunting in the Valley of the In-Between,” a work lauded by Rolling Stone as its frontman Ryan “Honus Honus” Kattner's “best album to date,” the experimental rockers of Man Man headline a June 23 concert at Davenport's Raccoon Motel, with the group's latest also acclaimed by Glide magazine for its “eccentric stories, unique compositions, and sonic experimentation.”

Originating in Philadelphia in 2003 and now based in Los Angeles, Man Man released their debut The Man in a Blue Turban with a Face in October of 2004, but didn't begin to tour extensively until the 2006 release of their second album Six Demon Bag. In 2007, the band opened for Modest Mouse on several U.S. tours, gaining them further public attention, and not long afterward, Nike began airing a series of commercials starring The Office's Rainn Wilson with Man Man's "10 lb Mustache" as the background music. Man Man's "10 lb Mustache," "Feathers," and "Engrish Bwudd" were also featured in a season-three episode of the Emmy-winning sitcom Weeds, with the band additionally recording a cover of "Little Boxes" for that episode's title sequence.

Man Man released their third studio album Rabbit Habits in 2008, and embarked on a North American tour that March, with Yeasayer and Tim Fite splitting dates. That same year, they performed at numerous festivals including Voodoo Experience, Coachella Valley Music and Arts Festival, All Tomorrow's Parties, Primavera Sound, and the Meredith Music Festival that same year, and Man Man released their fourth album Life Fantastic in May of 2011. That recording featured a more somber sound than previous releases, with the first song written for the album – "Steak Knives," which reportedly took Kattner more than a year to write – inspired by a failed relationship and the death of several close friends.

The group's fifth studio album On Oni Pond was released in September of 2013, with its first single "Head On" peaking at number 32 on the Billboard Alternative Songs chart. In 2015, Kattner completed both a solo album and an album of children's music, and the following autumn, he released his solo album Use Your Delusion. In February of 2020, Man Man announced the release of their first studio album in seven years, the critically lauded Dream Hunting in the Valley of the In-Between, and the musicians were featured in the video game Cyberpunk 2077 with the previously unreleased song "So It Goes," credited in-universe as "Fingers and the Outlaws."

Man Man plays their Davenport engagement on June 23 with an opening set by Pink $ock, admission to the 7 p.m. concert is $16, and more information and tickets are available by visiting TheRaccoonMotel.com.