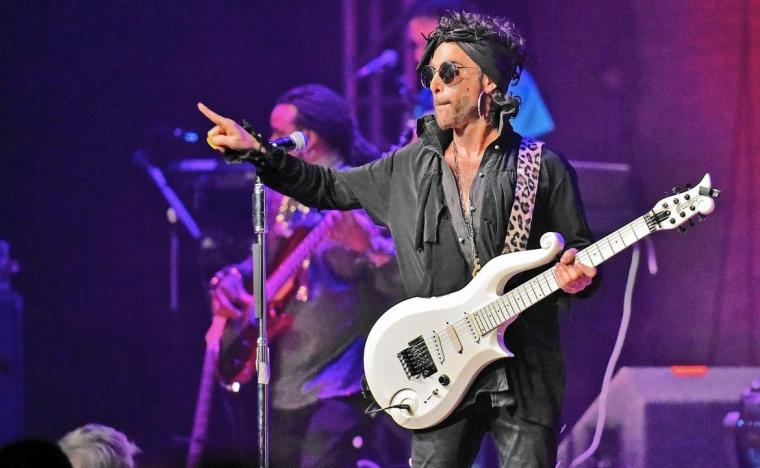 Marshall Charloff & the Purple Xperience at the Rust Belt -- June 21.

Praised by Funkatopia for his “amazingly fluid guitar and great piano work” and “vocal work which he has nailed down to a science,” singer and multi-instrumentalist Marshall Charloff brings his ensemble the Purple Xperience to East Moline venue The Rust Belt on 21, the Moeller Nights headliners performing the signature stylings of Prince & the Revolution, and emerging as what the El Paso Times deemed the nation's “top Prince tribute act.”

The Pruple Xperience is a five-piece group hailing from Prince's birthplace of Minneapolis, Minnesota, and the musician have been touring the country since the group's inception in 2001. Co-created by frontman Marshall Charloff, the group has entertained more than 300,000 fans over the past eight years, and has shared stages alongside The Time, Cameo, Fetty Wap, Gin Blossoms, and Cheap Trick. Masrhall himself actually recorded with Prince on the album 94 East, with Marshall playing keyboards and bass guitar opposite Prince's lead vocals. In 2009, Marshall consequently teamed up with Prince & the Revolution's Doctor Fink to perform at a Rock and Roll Hall of Fame benefit concert, and the pair brought the Purple Xperience into existence two years later.

In addition to uncannily imitating the late rocker in terms of appearance, vocal inflection, and multi-instrumental capacity on guitar and piano, Marshall performs nationwide fronting world-class symphonies in major cities throughout the United States and Canada. Recently, he teamed with New Power Generation's famed jazzman Marcus Anderson for a performance with the North Carolina Symphony Orchestra, and Charloff also produced, wrote, and recorded for the multi-platinum-selling, Grammy-winning Commodores. As a member of the band Westside, Charloff is also an inductee in the Mid-America Music Hall of Fame.

Charloff's bandmates in the Purple Xperience, meanwhile, include a number of world-class musicians who boast famous collaborators: lead guitarist Tracey Blake (Sons of Almighty), bass guitarist Ron Long (Christina Aguilera and the Backstreet Boys); drummer Ron Caron (the Rembrandts), and keyboardist Cory Eischen (New Power Generation). Their renditions of such Prince classics as “Little Red Corvette,” “When Doves Cry,” “I Would Die 4 U,” “1999,” “U Got the Look,” “Darling Nikki,” and, of course, “Purple Rain” have consequently made touring sensations out of Marshall Charloff & the Purple Xperience, leading Music in Minnesota to rave, “With their non-stop energy and array of changing scenery, it's an entertaining trip you'll never want to end.”

Marshall Charloff & the Pruple Xperience play The Rust Belt at 8 p.m. on June 21, admission is $25-30, and more information and tickets are available by visiting MoellerNights.com.