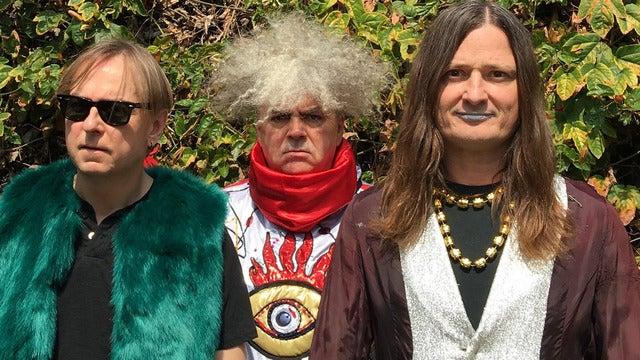 The Melvins at the Raccoon Morel -- July 6.

Led by rock legend Buzz Osborne, who has been touring with his band for 39 years, and boasting the sterling musicianship of drummer Dale Grover and bassist Steven Shane McDonald, the sludge-metal and hardcore-punk musicians of the Melvins headline a July 6 concert event at Davenport's Raccoon Motel, with AllMusic.com writing of the iconic group, “Their ability to combine punk with a strong Black Sabbath influence had a major impact on everything from grunge to alternative metal to doom metal and stoner rock.”

Ranked number two on Metal Injection's list of “10 Heaviest Grunge Bands,” the Melvins were formed in early 1983 by guitarist Osborne, bassist Matt Lukin, and drummer Mike Dillard, all of whom attended Montesano Jr. and Sr. High School in Montesano, Washington. Though they initially played covers by the likes of Jimi Hendrix and Cream, original music was recorded for the Melvins' 1986 EP debut Six Songs, and in December of that year, the group recorded its first full-length album Gluey Porch Treatments for California's Alchemy Records. By the early 1990s, the Melvins had begun to tour internationally in between recording albums such as 1991's Bullhead and 1992's Lysol. And after Nirvana's Nevermind became an unexpectedly massive success, the Melvins were one of many groups to benefit from that band's support, having been an early inspiration for a young Kurt Cobain. They were consequently signed by Altnatic Records, and their first major label release, 1993's Houdini, entered the Billboard Heatseekers Chart at number 29.

To date, the Melvins' extraordinary musical legacy and longevity have resulted in 30 studio albums, 12 live albums, 10 compilation albums, and 18 EPs, with the band's 2018 recording Pinkus Abortion Technician inspiring MetalNexus.net to rave that “everything they put out is binge-worthy material,” with the artists themselves described as “the godfathers of sludge as well as grunge.” Released the year prior, A Walk with Love & Death was cited by the River Cities' Reader's Max Allison as an album that “exemplifies the elements that keep fans coming back for more: the capacity to lose oneself in the thrill of their riffs and to head-bang in the pit, juxtaposed against the need to take a step back, scratch your head, and follow along with their strange, nearly illogical decisions to confound and experiment.”

Meanwhile, the Melvins are currently touring in support of not one but two albums released last year: Working with God and Five Legged Dog, the latter a 36-song acoustic collection that inspired Pop Matters to state, "At its finest, Melvins' Five-Legged Dog is downright transgressive, suggesting all sorts of alternate-history narratives for these Washington-bred weirdos. The Melvins, God bless them, always have been an act eager to revisit their canon, to dive deep into the discography, and see what new diamonds they can mine."

The Melvins play their Davenport engagement on July 6 with opening sets by Helms Alee and Harsh Mellow, the concert begins at 8 p.m., and more information is available by visiting TheRaccoonMotel.com.