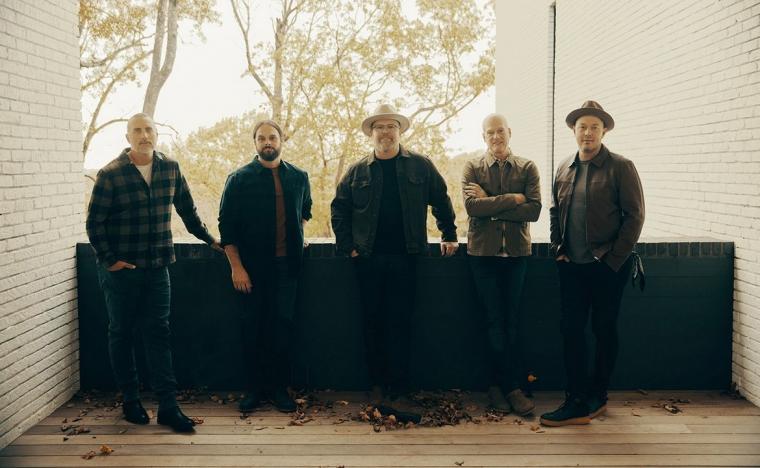 Chart-topping touring artists whose accolades include eight GMA Dove Awards and 10 Billboard decade Awards for their 2000-2009 output, the contemporary-Christian indie rockers of MercyMe bring their national tour to Moline's TaxSlayer Center on November 11, the group's repertoire boasting such number-one singles as “I Can Only Imagine,” “Even If,” “Best News Ever,” and “In the Blink of an Eye.”

Founded in 1994 and composed of lead vocalist Bart Millard, percussionist Robby Shaffer, bassist Nathan Cochran, and guitarists Michael Scheuchzer and Barry Graul, MercyMe released six independent albums from 1995 to 2000 before signing with INO Records and releasing their major-label debut album Almost There in 2001. The recording peaked at number one on the Billboard Christian Albums chart and number 37 on the Billboard 200, and after the band released their second studio album Spoken For in 2002, it performed nearly as well, peaking at number two on the Christian Albums chart and 41 on the Billboard 200. Spoken For's second single "Word of God Speak" spent a record 23 weeks atop the Billboard Christian Songs chart, and helped the album receive gold certification by the Recording Industry Association of America, with more than 550,000 copies sold. Meanwhile, in 2003, mainstream radio interest in "I Can Only Imagine," MercyMe's second single from Almost There, caused sales of the album to surge. The song went on to peak at number five on the Billboard Adult Contemporary chart and led to Almost There's eventual triple-platinum certification, the recording having currently sold more than 2.2 million copies in the United States.

In 2004, the band released their third album Undone, which sold 55,000 copies in its first week and immediately topped the Christian Albums chart. Three of its singles also peaked in the top three on the Christian Songs chart, with "Here with Me" and "Homesick" crossing over to the Adult Contemporary chart, as well. Since then, MercyMe saw chart-topping success for all six of the band's subsequent studio albums: 2006's Coming Up to Breathe, 2007's All That Is Within Me, 2010's The Generous Mr. Lovewell, 2012's The Hurt & the Healer, 2014's Welcome to the New, and 2017's Lifer. More than a dozen MercyMe songs have topped Billboard charts since 2006, their titles including “So Long Self,” “Bring the Rain,” “All of Creation,” “Beautiful,” and “Almost Home.” And with the band now touring in support of their latest studio album inhale (exhale), scores of new MercyMe fans have arisen due to the popularity of the group's 2018 biographical drama I Can Only Imagine, whose $86 million worldwide gross was more than 12 times the film's budget, and whose success made it the United States' fifth highest-grossing musical bio-pic of all time.

MercyMe plays their Moline engagement on November 11 with a set by special guest Micah Tyler, admission to the 7 p.m. concert is $25-100, and tickets are available by calling (800)745-3000 and visiting TaxSlayerCenter.com.