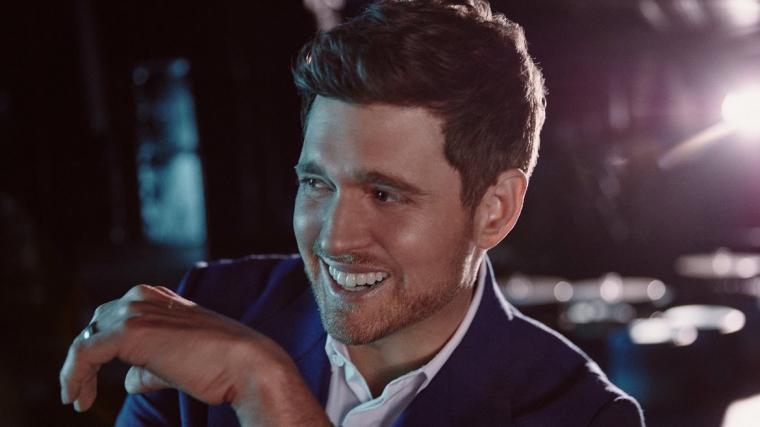 A legendary Canadian crooner who has thus far sold more than 30 million records worldwide, Michael Bublé brings his national tour to Moline's TaxSlayer Center on September 16, the beloved pop and jazz artist lauded for earning four Grammy Awards and placing four consecutive albums at number one on the Billboard 200 chart.

Bublé debuted independently in 1995 with his first EP First Dance, and in 2001 and 2002, respectively, he released the albums BaBalu and Dream without any record-company support. In 2003, Bublé signed a record deal with 143 Records and released his first studio album Michael Bublé, followed that same year by his first live album, Come Fly with Me, and later his second and third EPs Totally Bublé and Let It Snow. On February 8, 2005, Bublé released his second studio album It's Time, which ended up with several certifications for its high sales. In the same year Bublé issued his second live album Caught in the Act, launched a special Christmas edition of his self-titled studio album (which obtained a silver certification in the United Kingdom), and also his fourth EP More. His fifth EP, With Love, followed the next year and achieved a gold certification in the United States.

In 2007, the artist released his third studio album Call Me Irresponsible and the next year released his sixth EP A Taste of Bublé. Bublé's third live album, Michael Bublé Meets Madison Square Garden, was released in 2009, and his fourth studio album, Crazy Love, saw release in October of the same year. Crazy Love debuted at number one on the U.S. Billboard 200 after three days of sales, and remained there for two weeks. His 2011 holiday album Christmas was in first place on the Billboard 200 for the final four weeks of 2011 and the first week of 2012, made the top five in the U.K., and became his third-consecutive number-one album on the chart. This was followed by the chart-topping To Be Loved in 2003, the number-two hit Nobody but Me in 2016, and the chart-topping smash Love in 2018.

With 11 nominations to his credit, Bublé has received four Grammy Awards, all of them for Best Traditional Pop Vocal Album (for Call Me Irresponsible, Michael Bublé Meets Madison Square Garden, Crazy Love, and To Be Loved). His other professional accolades include 14 Juno Awards, an American Music Award, two Canadian Smooth Jazz Awards, and even a Daytime Emmy Award nomination, which he received in 2017 in the category of Outstanding Musical Performance in a Daytime Program.