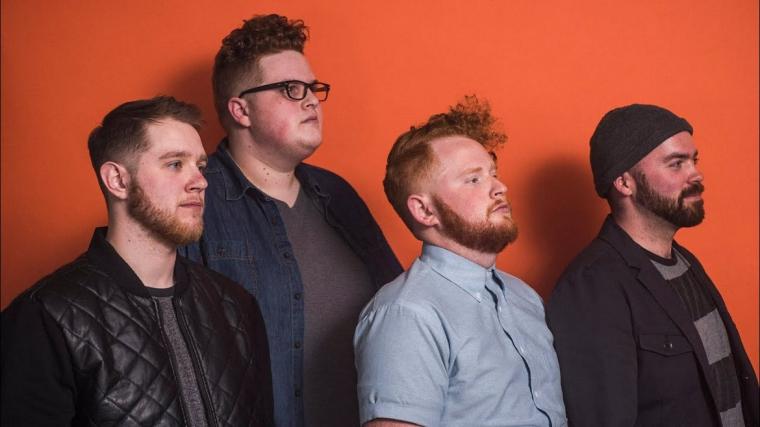 Michigander at the Raccoon Motel -- June 26.

A lauded touring project by singer/songwriter Jason Singer, Michigander plays a June 26 concert at Davenport's Raccoon Motel in support of the group's 2021 EP Everything Will Be Ok Eventually, a critically lauded work that led The Indy Project to rave, "For fans of well-written and crafted indie pop songs, Michigander is an artist that should be on your radar."

With Singer himself born and bred and Michigan, Michigander itself is a project in which, according to AllMusic.com, the singer/songwriter "employs a rich blend of hook-driven and radio-ready indie rock with electronic flourishes and earnest, bighearted storytelling that invokes names like Lord Huron and Mumford & Sons. The Midland native is a self-taught multi-instrumentalist who spent his formative years building a sonic persona that looked to a wide array of influencers, including Coldplay, Rush, James Taylor, and the White Stripes. After honing his skills playing solo sets, Singer relocated to Kalamazoo in 2014 and began operating under the Michigander moniker."

"In 2016, he issued the nostalgia-driven single 'Nineties,' which garnered over a million online streams. Looking to capitalize on the success of the single, Singer turned his one-man solo project into a fully-fledged rock & roll band and hit the road, sharing bills with contemporaries like Ra Ra Riot, Tokyo Police Club, and Twin Peaks, and released the group's debut EP, Midland, in 2018. The following year saw the band ink a deal with C3 Records and issue a second EP, Where Do We Go from Here?"

Describing Michigander's mid-2017 Audiotree session, the River Cities' Reader's Max Allison wrote, "His band veers between bursts of what could be called 'post-punk' – all angular riffs and chugging bass/drum breakdowns, not far from the output of bands such as Television and their more modern descendants like Interpol or Bloc Party – and a more conventional approach to the rock song that sticks to standard progressions and easy, loping rhythms. To hear relatively adventurous rock arrangements behind songs that could stand alone as guitar/vocal numbers demonstrates the extent to which the Michigander project rises above solitary balladry to enter the realm of hard-tack live shredding."

Allison added that Singer "carries a kind of universality that extends beyond the Midwest region to encompass any spot in which someone might feel fundamentally out of place, heartbroken, or – alternately – exactly in the place he or she belongs.” And national reviewers have continued the praise, with Electric Music Lover stating that Michigander's Everything Will Be Ok Eventually “is a stunning, flawlessly-crafted work, and easily one of the best EPs of 2021. I now count Michigander among my favorite artists currently making music, and look forward to hearing more stellar music from them for years to come."

Michigander plays their Davenport engagement on June 26 with an opening set by Young Ritual, admission to the 8 p.m. concert is $20, and more information and tickets are available by visiting TheRaccoonMotel.com.