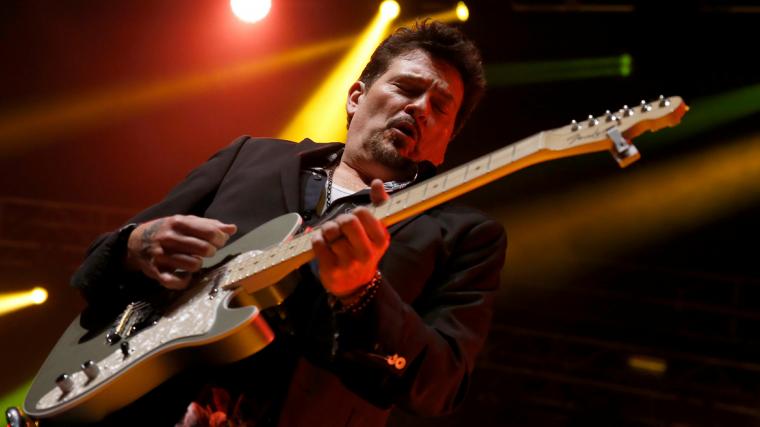 Touring in support of his July release Resurrection, a recording that Blues Blast magazine deemed "an excellent album" with which "fans will not be disappointed," blues singer/songwriter and guitarist Mike Zito plays Davenport's Rhythm City Casino Resort Rhythm Room on December 3, Rock & Blues Muse having called the artist's latest “as good as modern blues gets.”

A native of St. Louis, Missouri, 51-year-old Zito began playing guitar at age five, and by the time he reached his late teens, he was already a fixture of the St. Louis music scene. After initially releasing his music independently, Zito signed with Eclecto Groove Records in 2008, and "Pearl River," the title track of his 2009 album for the label, won Song of the Year at the Blues Music Awards. A steady succession of critically acclaimed albums followed, culminating in 2011's Greyhound, which was nominated for Best Rock Blues Album at that year's Blues Music Awards ceremony in Memphis. Two years later, he signed with Ruf Records and released Gone to Texas, which marked the debut of his band The Wheel.

From 2010 to 2014, Zito also played an integral role in the super-group Royal Southern Brotherhood, which released two albums and a DVD, the latter of which – Songs from the Road: Live in Germany – won the Blues Music Award for Best DVD. The artist also made his mark behind the boards producing albums for Samantha Fish, Albert Castiglia, Ally Venable, and others, and his 2018 album Make Blues Not War debuted on the Billboard Blues Album Chart at number one and garnered Zito recognition as the Blues Music Awards' 2018 Rock Blues Artist of the Year. First Class Life followed suit in 2018, also entering the charts at number one, with No Depression stating, "Once again, Zito has delivered the goods – a first class package with no postage due." In November of 2019, Zito released the tribute album Rock N Roll: A Tribute to Chuck Berry that boasted 20 tunes featuring 21 guest guitarists, and prior to the release of Resurrection was 2020's Quarantine Blues, which was recorded during the heart of the pandemic in 14 days and designed as a healing love letter to fans around the world.

Mike Zito plays the Rhythm City Casino Resort Rhythm Room on December 3, admission to the 7:30 p.m. concert is $20, and more information and tickets are available by calling (800)328-8000 and visiting RhythmCityCasino.com.