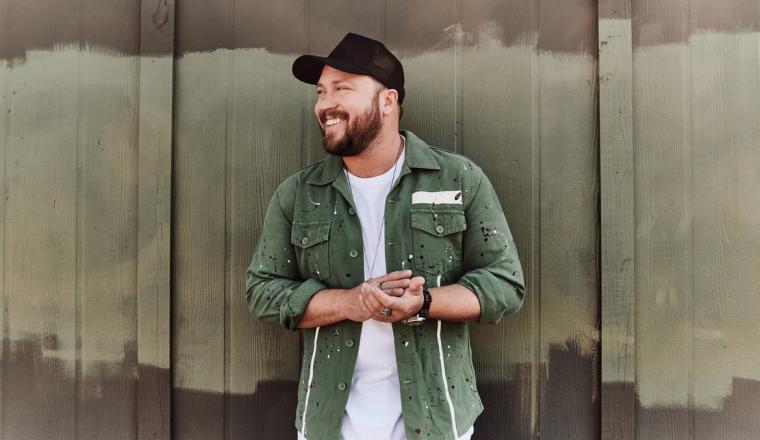 A quickly rising Nashville star takes the stage at The Rust Belt on November 12 when the East Moline venue hosts an evening with country singer/songwriter Micthell Tenpenny on his “To Us It Did Tour,” the artist famed for his introductory album Telling All My Secrets and its breakout single “Drunk Me,” a chart-topping, double-platinum-selling smash.

During his early songwriting career, 32-year-old Nashville native Tenpenny wrote a number of singles with artists such as Nick Fradiani and Granger Smith, the latter of whom contributed to the artist's early success with the Top 10 hit "If the Boot Fits." Tenpenny signed a publishing deal with Sony ATV Music Publishing Nashville and was involved in the documentary film The Voyage in 2014. The following year, Tenpenny released his 2015 debut album Black Crow, whose track "Canes Creek" featured the bluegrass band The SteelDrivers. He then signed to a newly formed Riser Records in 2016, and in July of 2017, Tenpenny released the EP Linden Ave, named after the street on which his grandmother used to live. The recording charted at No. 10 on Billboard's Independent Albums chart, number six in Heatseekers Albums, and number 12 in Country Album Sales, with 2,100 copies sold in its first week. In January of of 2018, it was announced that the artist was signed to a joint venture with Riser House/Sony Music Nashville to a record deal, landing him on the Columbia Records imprint. One month later, Tenpenny released a self-titled EP featuring the single "Drunk Me," which has amassed nearly 490 million on-demand streams.

Tenpenny's second album and full-length major-label debut, titled Telling All My Secrets, was released in December of 2018 and debuted at number five on Billboard's Top Country Albums chart, making it to number 53 on the Billboard 200 after earning 20,000 album equivalent units in its first week. In the year that followed, the singer/songwriter who was deemed "winning" by the New York Times was nominated for New Male Artist of the Year at the ACM Awards and Breakthrough Video (“Drunk Me”) at the CMT Music Awards, while his “Alcohol You Later” single certify gold. Tenpenny also kicked off his first headlining concert series, the “Anything She Says Tour,” with labelmates and award-winning duo Seaforth, who were also featured on the gold-selling song, “Anything She Says.” During 2020’s pandemic, Tenpenny delivered four songs to his fans including “Can’t Go To Church,” “Here,” his cover of “Someone You Loved,” and “Broken Up," and also released the Neon Christmas EP for the holidays.

Mitchell Tenpenny performs on his “To Us It Did Tour” alongside Lakeview and Monica Austin, admission to the 8 p.m. concert on November 12 is $25.50-35.50, and more information on the night is available by visiting TheRustBeltQC.com.