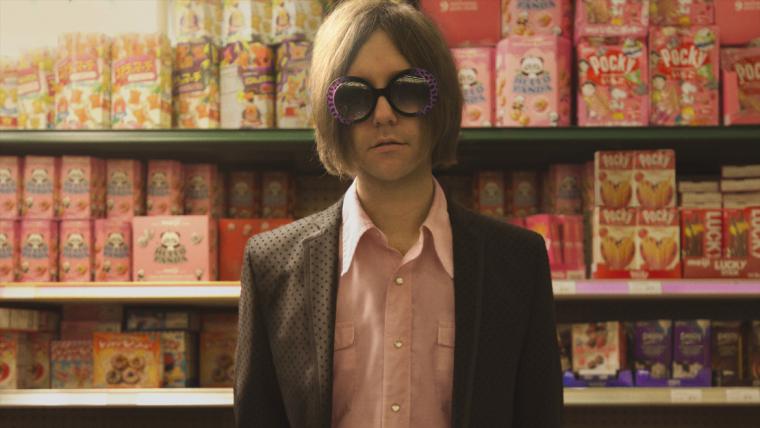 The 32-year-old Tasjan grew up in New Albany, Ohio, and taught himself to play guitar at age 11 by learning Oasis songs. By age 16, Tasjan had performed with Peter Yarrow and been the recipient of the Outstanding Guitarist Award in the Essentially Ellington Competition at New York City's Jazz at Lincoln Center. He was offered a full scholarship to the Berklee College of Music following his graduation from New Albany High School, but decided instead to move to Brooklyn, New York, in 2006. It was there that Tasjan met Justin Tranter, Cole Whittle, and Dan Crean, and formed the band Semi Precious Weapons. Tasjan's work with SPW caught the eye of Drivin' N' Cryin's Kevn Kinney, who invited the musician to tour with him as an opening act and guitar player. He also mentored Tasjan, advising him to never be defined by one sound or genre. This principle consequently helped shape Tasjan's professional career.

After leaving Semi Precious Weapons, Tasjan began performing as lead guitarist with the New York Dolls, and in 2008, also formed his own band The Madison Square Gardeners, which was described by The Village Voice as “The best NYC has to offer.” Tasjan remained with the group for three years, during which time they recorded one full-length album and 3 EPs, and in 2013, the artist moved to Nashville to focus on songwriting and his solo career. Tasjan released four EPs prior to his full-length debut effort In the Blazes, which was released in 2015, with his follow-up Silver Tears landing the following year. The artist is currently touring in support of his most recent album Karma for Cheap, a work that has earned Tasjan the strongest reviews of his career to date. The Nashville Scene declared, “Tasjan creates what may be the greatest power-pop record ever cut in Nashville.” And according to Rolling Stone, Karma for Cheap is “a trippy stunner full of swirling, immersive rock songs that evoke both the effervescence of the Sixties and the grit of today.”