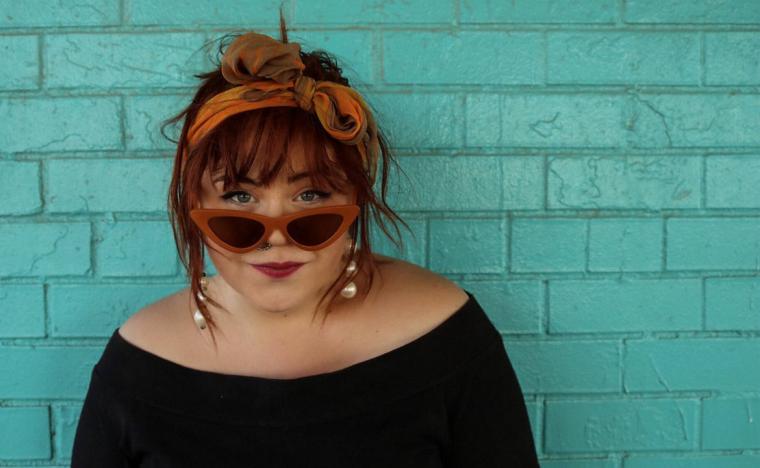 Delivering what the artist herself describes as “rock 'n' roll with a dreamer's soul,” Milwaukee-based chanteuse Abby Jeanne and her ensemble serve as Moeller Nights headliners in support of their sophomore release Music Box Dancer, the January 12 concert demonstrating why the Milwaukee Record said of Jeanne, “Her soulful voice is drenched in raw emotion, love, and on-point dynamics.”

A 26-year-old singer/songwriter who told the Wisconsin Journal/Sentinel “I was singing since I was three years old – my mom said I sang before I talked,” Abby Jeanne hit the road in her minivan in 2010 armed with her first demo recording and a desire to make singing her professional career. She spent the next four years traveling throughout North America and Europe as a solo artist, and in 2015, returned to Wisconsin to collaborate, write, and produce music for other jazz, rock, and hip-hop artists including Milwaukee favorites Foreign Goods and Queen Tut. The following year, Jeanne formed a band of her own and released her debut album Rebel Love, and immediately made an impression on local critics. Milwaukee's alternative-news source Shepherd Express wrote, “Abby Jeanne has a robust, jazzy voice that rivals the greats – Ella, Amy, even Janis – and her solo debut Rebel Love delights in showing off every facet of it.” And according to 88.9 Radio Milwaukee, “The most impressive element of Rebel Love is the immense vocal talent of Abby Jeanne. To have technical abilities as a vocalist is one thing, but to convey such power through vocals in the way that she does is no small feat.”

Radio Milwaukee went on to name Jeanne “Best Solo Artist for 2017” and Rebel Love “Best Album of 2017,” with the recording's song “Baby Rolling Stone” subsequently employed for the soundtrack of the Milwaukee Film Festival's sponsor-credits video. Acclaim for the album led to Jeanne touring Europe, India, and Thailand throughout 2017, and the artist returned to the United States for the recording of her sophomore recording Music Box Dancer, set to be released on January 4, a mere eight days before the artist's Davenport concert. “Thinking about the state of our world and the state of our country right now can be really depressing,” Jeanne told the Journal/Sentinel. “But I wanted to let people know we're in this together. Dreaming is a dying art in this gray world, and it shouldn't be. I will never stop believing in life itself.”

Abby Jeanne's January 12 concert at Davenport's Triple Crown Whiskey Bar & Raccoon Motel opens with sets by Soultr and Progeny, admission to the 7 p.m. show is $10, and more information on the evening is available by visiting MoellerNights.com.