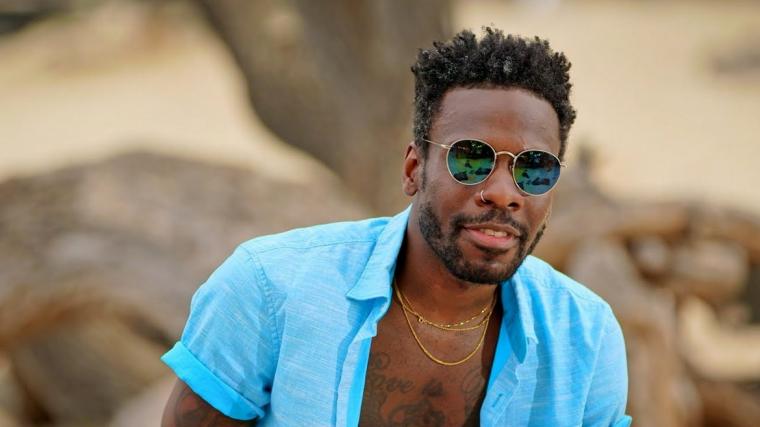 Described by NPR as “a vintage boogie stylist whose sonic footprint is no mere retread of his inspirations,” Jamil Rashad performs a June 25 Moeller Nights concert under his solo-project moniker Boulevards, sharing with Triple Crown Whiskey Bar & Raccoon Motel audiences what The Wild magazine deemed “a throwback to the Parliament-style days of funk music – infectious grooves, high notes, and sexy style.”

A native of Raleigh, North Carolina, singer/songwriter Rashad's Boulevards revitalizes old-school, '80s-influenced funk and R&B. The son of a jazz radio DJ from Philadelphia, Rashad grew up listening to his parents' vintage jazz and soul collection. By his teens, the nascent artist was writing his own rap lyrics as well as attending punk, metal, and hardcore shows, and after graduating from high school, Rashad attended art school and played in several bands before gravitating back to his love of funk, disco, and '80s house music. Working with a handful of producers including Isaac Gálvez and Taste Nasa, Rashad recorded a four-track EP as Boulevards in 2015, and in 2016, he returned with his solo project's full-length debut Groove!, which boasted the hit singles “Got to Go” and “Cold Call.”

Reviewers were instantly in thrall to Rashad's talent. Glide magazine wrote, “Jamil Rashad is providing a social good with his debut album Groove! in that he’s administering unadulterated funk en masse. Rashad’s project, Boulevards, plays pure simplistic funk that calls back to Rick James, Prince, and George Clinton for an infectious sound that demands listeners to light up the dance floor. Eschewing current music fads for a golden recipe of a funky slap-bass, '80s-peaked synths, and sex-drenched smooth vocals, Boulevards is breathing life into a sound that is elemental yet so rare these days.” And Rashad's 2017 follow-up Hurtown USA has been every bit the thoughtful yet danceable thrill promised by the success of Groove! Indyweek.com raved, “Hurtown, USA works because Rashad is the real article, a mini-superstar. His ability to deliver golden hooks, his ostentatious fashion, his athletic live shows – everything about him demonstrates an effortless charisma.” And Impose magazine decreed, “Front to back, Hurtown, USA is Boulevards’ most complete and honest work to date and is an exciting sign of things to come from the artist” who is “as prolific as he is undeniably talented and energetic.”