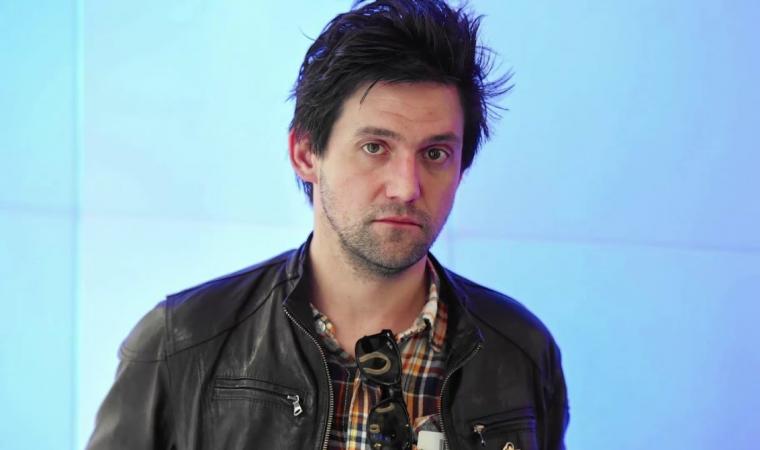 Cited as “Best Songwriter of 2008” by Rolling Stone and lauded as one of the millennium's premier indie-rock and Americana talents, former Bright Eyes musician Conor Oberst takes over Maquoketa's Codfish Hollow Barn stage as a Moeller Nights headliner on July 27, performing from an extensive repertoire that includes 2014's Upside Down Mountain, 2016's Ruminations, and its 2017 companion album Salutations.

An indie-rock band founded by singer/songwriter and guitarist Oberst, the widely acclaimed Bright Eyes, which officially disbanded in 2011, consisted of Oberst, multi-instrumentalist and producer Mike Mogis, trumpet and piano player Nate Walcott, and a rotating lineup of collaborators drawn primarily from Omaha, Nebraska's indie-music scene. Prior to its formation, however, Oberst played in a number of other ensembles – among them The Faint, Commander Venus, The Magentas, and Park Ave. – and self-released his 1993 debut album Water on cassette tape when he was only 13 years old. Bright Eyes' debut A Collection of Songs Written & Recorded 1995 – 1997 was released in January of 1998, and was quickly followed by Letting Off the Happiness, released in November of the same year. (That album featured members of numerous bands and was recorded in the Oberst family basement.) One year later, Bright Eyes released its first EP in Every Day & Every Night, and its third album Fevers & Mirrors landed in May 2000, and would go on to rank on Pitchfork's list of the top 200 albums of the 2000s.

With the release of 2002's Lifted or The Story Is in the Soil, Keep Your Ear to the Ground, Bright Eyes received national attention and Oberst was proclaimed a breakthrough artist by several notable magazines. On January 25, 2005 Bright Eyes simultaneously released two new albums: the folk-influenced I'm Wide Awake, It's Morning – cited by Time magazine as one of the top 10 albums of the year – and the more electronic-pop-centric Digital Ash in a Digital Age. Following the release of several more EPs and the albums Cassadaga and The People's Key, Bright Eyes disbanded and Oberst began focusing on solo work in addition to collaborations with such bands as Monsters of Folk and Better Oblivious Community Center. While Oberst's self-titled 2008 album hit number three of Billboard's U.S. Rock chart, the artist enjoyed his first chart-topping smash with Upside Down Mountain, a release that Rolling Stone lauded with four stars and called “a sumptuous immersion in Seventies' California folk-pop.” Ruminations, meanwhile, was described as “political and very, very personal” by the Sunday Times, with its follow-up Salutations deemed by NPR as “Oberst's most personal and reflective material” with songs that “shine in new and different ways.”

Conor Oberst plays the Codfish Hollow Barn on July 27 with an opening set by Joanna Sternberg, admission to the 8 p.m. show is $43-46, and more information is available by visiting MoellerNights.com or CodfishHollowBarnstormers.com.