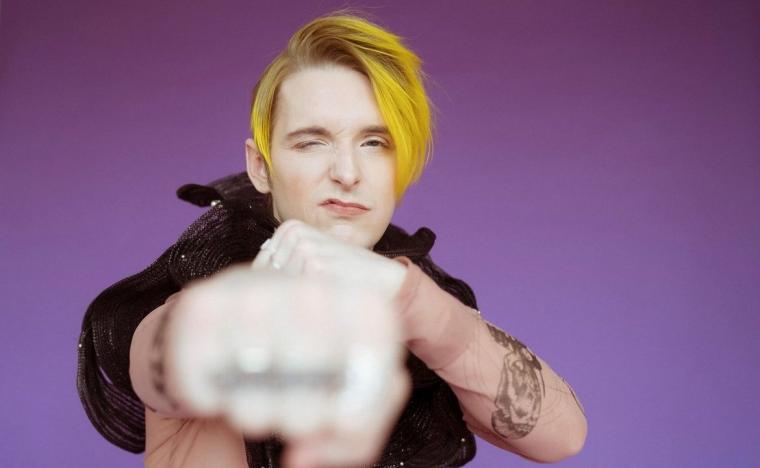 Described by the San Diego Reader as “a true Motown-glam show-stopper” and with Consequence of Sound stating that “his vocals and personality go well with just about everything,” Diane Coffee – the stage moniker of California-based musician and actor Shaun Fleming – headlines a Moeller Nights concert on June 28, bringing his teasing pop sensibility and singular style to local audiences in support of the artist's new album Internet Arms.

Prior to his full-time career as a touring musician, Fleming spent years as an in-demand vocal actor for Disney, making his company debut as Young Max Goof in 1999's Mickey's Once Upon a Christmas, and continuing to work for the Mouse House on such projects as Teacher's Pet, The Lion King 1½, and Lilo & Stitch: The Series. Fleming also landed his first full-length feature in 2003's Jeepers Creepers 2, where he played the young farm boy Billy who was abducted in the film's opening scenes. He went on to join the original lineup of the indie-rock outfit Foxygen as the group's drummer, the band's early music winning them first place in Agoura High School's Battle of the Bands in California and leading to four self-released EPs between 2007 and 2011. Drawing on the same canon of '60s folk-pop, doo-wop, and bubblegum influences that inspired Foxygen, Fleming began his solo project Diane Coffee in late 2012 after moving from to New York City, where he wrote and recorded what would become his first solo album Friendly Fish, released by Western Vinyl Records in late 2013.

Following Friendly Fish's debut and numerous touring engagements, Fleming next moved to Bloomington, Indiana, where he began working on a second full-length album. Recorded in a real studio with a large number of collaborators and more ambitious arrangements, Everybody's a Good Dog was released in 2015, a work that, according to NPR, “rolls up sugarcoated bubblegum glam, soul balladry, Francophone pop, and echoes of the Brill Building.” Peel, a 7” with songs inspired by urban legends from Fleming's childhood, followed in 2017, and returning to his acting roots, the artist appeared as King Herod in the Lyric Opera of Chicago's 2018 revival of Jesus Christ Superstar before returning to the recording studio later in the year. Reacting to the increasing distinctions between authentic and online versions of self, Fleming's third full-length album released as Diane Coffee, Internet Arms, arrived via Polyvinyl earlier this year, and led Pitchfork to call the work “a far-flung idea – the Internet as manipulative partner – made hauntingly realistic by Fleming's insightful characterization.”