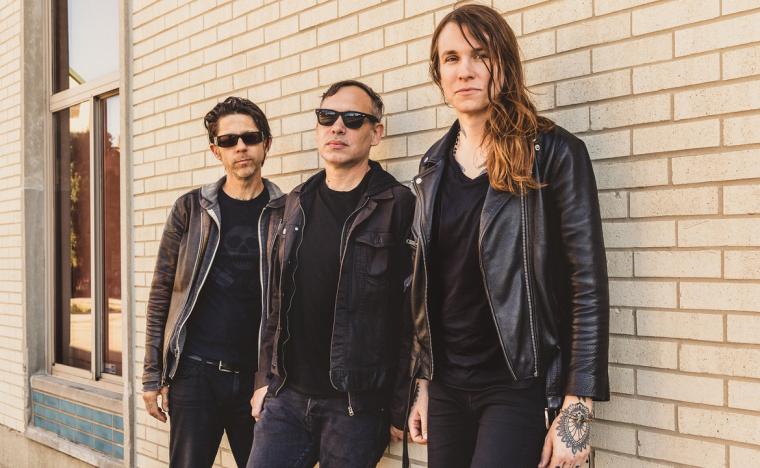 Laura Jane Grace & the Devouring Others at The Rust Belt -- April 9.

Best known as the founder, lead singer/songwriter, and guitarist of punk-rock outfit Against Me!, Laura Jane Grace and her Florida-based band The Devouring Mothers play an April 9 Moeller Nights concert at the East Moline venue The Rust Belt, the artist's 2016 album Shape Shift with Me called “densely packed, vicious, and heartbreaking” by Pitchfork magazine, and Grace herself notable for being one of the first highly visible punk rock musicians to publicly identify as transgender.

Having founded Against Me! in the late 1990s, Grace – born Thomas James Gabel in 1980 – has made one solo album and seven albums with the band, and went public with her planned gender transition in 2012, a story she consequently shared with NPR, Rolling Stone, SPIN, Cosmopolitan, ELLE, and numerous other outlets. With her latest music, she continues to detail her trans journey while staying true to her earlier themes of outspoken political critique, environmentalism, and personal and social liberation expresses in such Against Me! albums as 2005's Searching for a Former Clarity, 2007's New Wave, and 2010's White Crosses.

In 2014, the artist served as music director for MTV's Rebel Music – a series of documentary films about youth, music, and global social change focused on youth-protest movements in some of the most challenging and turbulent parts of the world. Additionally, along with AOL Studios, Grace released her 10-episode docu-series True Trans with Laura Jane Grace, a body of work that earned a News & Documentary Emmy Award nomination in the category of “New Approaches: Arts, Lifestyle, Culture.” Grace rounded out the year by being honored as part of OUT magazine's annual “OUT 100” in December of 2014, and over the four years since, her accomplishments have included the release of her memoir Tranny: Confessions of Punk Rock's Most Infamous Anarchist Sellout (which Billboard magazine included among its list of “100 Greatest Music Books of All Time”) and nationwide raves for Shape Shift with Me, an album that NPR called “raging, tender, organic, erotic, and liberating.”

Laura Jane Grace & the Devouring Mothers play The Rust Belt on April 9, admission to the 7 p.m. show is $20, and more information is available by visiting MoellerNights.com.