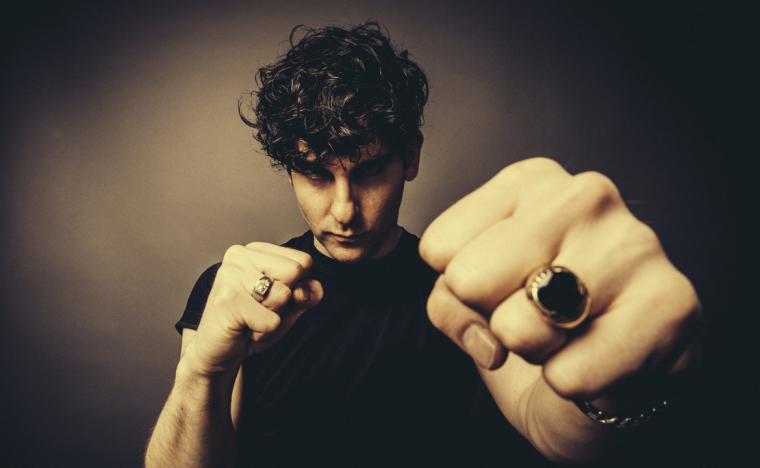 Praised by Rolling Stone for their “gutbucket rock & roll and soulful boogie” and by NPR Music for being “fresh, original, and truly pledged to rock and roll,” the Philadelphia-based musicians of Low Cut Connie headline a Moeller Nights concert on April 18, revealing why the Los Angeles Times wrote, “Their ferocious live show … is unmatched in all of rock right now.”

Formed in 2010 by frontman Adam Weiner, Low Cut Connie recorded its debut album Get Out the Lotion over a period of four days in the summer of 2010, with the band members self-releasing the album in 2011. Starting with an unexpected rave from legendary music critic Robert Christgau, the record received numerous laudatory reviews from critics including NPR's Ken Tucker, who had particular praise for “the buzzsaw yowl of Adam Weiner.” The album also prompted famed New England musician Merrill Garbus to name Low Cut Connie her “favorite artist of the year,” and Rolling Stone awarded the debut release three-and-a-half stars, describing it as “what indie rock might sound like were it invented in Alabama in the late '50s.”

After the 2012 release of Low Cut Connie's sophomore album Call Me Sylvia, “Boozophilia” was ranked the year's 31st-best song of 2012 by Rolling Stone, which described it as being “like Jerry Lee Lewis if he'd had his first religious experience at a Replacements show.” It was also cited by President Barack Obama as one of the songs on his Spotify summer playlist in 2015, which led to Weiner and his wife being invited to meet Obama at the White House. Since then, Low Cut Connie's 2015 album Hi Honey received widespread acclaim including being named the second-best album of the year by NPR critic Jim DeRogatis, and the band is currently touring in support of Dirty Pictures (Part 2), a musical continuation to 2017's Part 1. Receiving an A-minus grade from The A.V. Club, the album was lauded for Low Cut Connie's ability to “harness their live energy within crisp songwriting that's reverent (but not slavish) toward decades of popular music,” while NPR extolled, “Weiner can autopsy the complications of heartbreak with surgical precision.”

Low Cut Connie will headline its April 18 concert at East Moline venue The Rust Belt with an opening set by William Elliott Whitmore, admission to the 7 p.m. shows is $15, and more information is available by visiting MoellerNights.com.