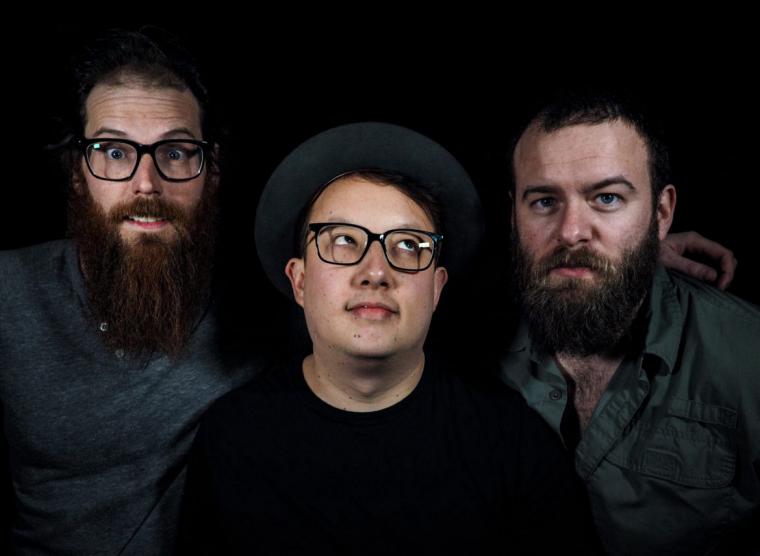 Composed of keyboardist Mike Maimone, guitarist Bob Buckstaff, and drummer Chris Pagnani, the Chicago-based rockers of Mutts perform as Moeller Nights headliners on August 8, the trio's engagement at Davenport's Triple Crown Whiskey Bar & Raccoon Motel showcasing the high-energy talents that led MusicExistence.com to rave of their output, “I seriously don't see who wouldn't go crazy for this band as they press the 'play' button.”

Formed in 2099 after Maimone moved from his native Ohio to the Windy City, Mutts independently released three EPs – Pretty Pictures, We Float, and The Tells of Parallels – in their first months together, inspiring Loud Loop Press to call them “poised to become one of Chicago's top acts.” Over the next two years, the group headlined staple venues such as The Empty Bottle, Double Door, and Subterranean while averaging more than 100 annual tour dates, and in 2011, Mutts' musicians were named “Chicago's Emerging Artists of 2011” by The Deli magazine, with their debut album Pray for Rain cited as one of the year's finest by The Huffington Post.

Three successive albums landed with 2012's Separation Anxiety, 2013's Object Performance, and 2014's Fuel Yer Delusion Vol. 4, and Mutts' EP Stick Together garnered praise from RockAndRollReport.com for its “strong beat that dares you to get up and dance,” and by Vents magazine for group founder Maimone's “enormous voice that can run from heartbreakingly sensitive up to a rousing, towering howl.” Returning to the area for the first time since 2017, Mutts' August 8 concert will find the trio playing locally in support of the band's 10th anniversary and its new compilation record Hey, We Are All Mutts, with Glide magazine praising the musicians as “true rock veterans, with a throbbing swagger that is akin to Sebadoh and Mudhoney.”

Mutts performs at the Triple Crown Whiskey Bar & Raccoon Motel on August 8 with an opening set by Road Soda, admission to the 7 p.m. concert is $12, and more information on the night is available by visiting MoellerNights.com.