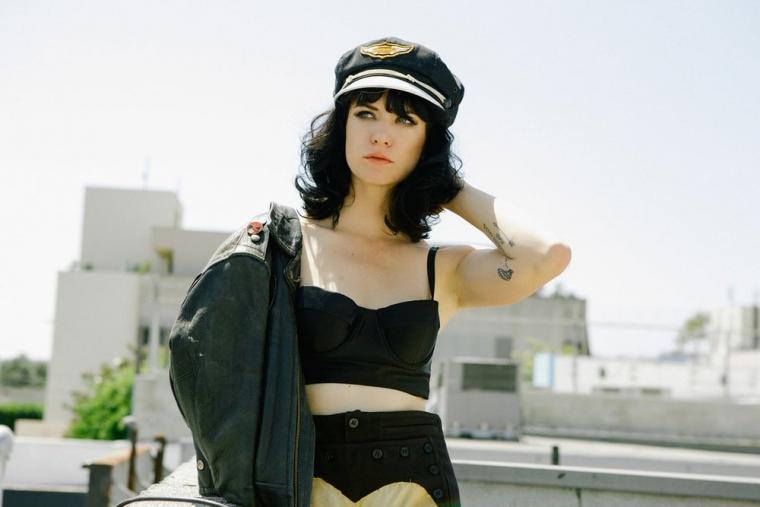 With her most recent album Highway Queen lauded by The Guardian as “a boisterous collection of firecracker 'outlaw country,' singer/songwriter Nikki Lane headlines a June 30 Moeller Nights concert at Maquoketa' Codfish Hollow Barn, her performance sure to underscore why Rolling Stone labeled her songs “inspirations cased in a streetwise, modern shell that's as unapologetic as Johnny Cash's middle finger.”

Born in Greenville, South Carolina, in 1983, Lane has spent her career reinventing the nostalgic sounds of 1960s country music for a modern audience, mixing Southern twang with lush orchestral arrangements and the occasional pop/rock hook. After dropping out of high school, the artist spent her early adulthood working as an L.A.-based fashion designer and then moved to New York City, where a messy breakup inspired her to pick up the acoustic guitar and write a handful of sad, sassy country songs inspired by the works of Loretta Lynn and Merle Haggard. What began as a form of self-therapy eventually developed into a full-time pursit, and Lane wound up leaving town again, this time returning to the American South by settling in Nashville.

Having relocated to the country music capital of the world, Lane began building a local audience by putting her own spin on the genre. Her Gone, Gone, Gone EP, whose orchestral sound earned comparisons to mid-century icons and retro-revivalists, appeared in July 2011, followed several months later by the full-length Wlk of Shame, which AllMusic.com's Mark Deming praised by saying, “Lane has confidence to spare and a voice that lives up to her own self-worth.” After extensive touring in 2012, she signed to New West in 2013, with her debut for the label – All or Nothin' – issued in May of 2014. Three years later, Lane released Highway Queen, leading Paste magazine's Holly Gleason to rave that the album's songs “read like Polaroids from a wild heart gone ragged.” Lane also won the Ameripolitan Music Awards' “Outlaw Country Female” citation in 2017, and to this day, the musician also owns and operates a Nashville-based clothing store fittingly named “High Class Hillbilly.”

Nikki Lane performs her 8 p.m. concert on July 21 with opening set by Blank Range and High Up, admission is $20-25, and more information and reservations are available by visiting MoellerNights.com and CodfishHollowBarnstormers.com.