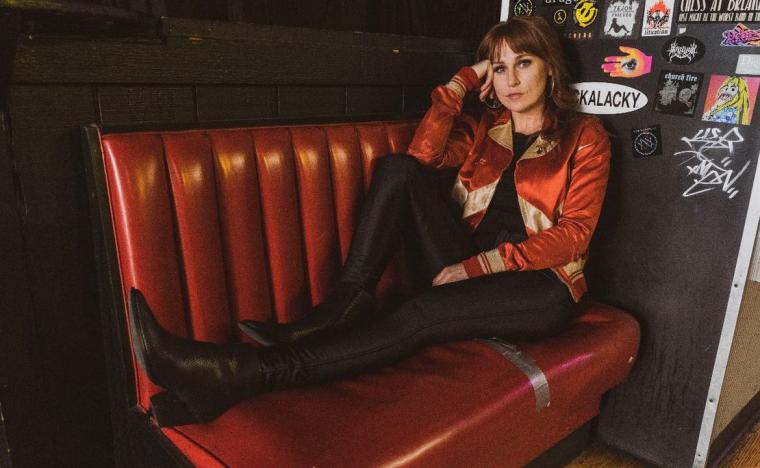 Described by Glide magazine as “a self-assured powerhouse” who “will knock your socks off with her smart, unpretentious rock and roll,” the Nashville-based Ruby Boots performs as the headliner in a May 15 Moeller Nights concert, demonstrating why LouderSound.net lauded her “artfully scruffed alt-country songwriting” and “powerful, versatile, wide-open voice.”

A singer/songwriter who mixes rock-'n'-roll swagger, pop songwriting, and a country twang into a singular sound, Ruby Boots became a rising alt-country star in her native Australia before moving to the United States in 2016. Born Rebecca Louise “Bex” Chilcott in Perth, Australia, she quit school at the age of 14, and by 19, had embarked on a career harvesting pearls. After a few years, however, the nascent musician enrolled at TAFE (Technical and Further Education) Western Australia, where she studied music business and began writing songs, and in 2010, she self-released the EP Ruby Boots – a name Boots adopted as her own stage moniker. Her second EP At Last was issued by the Walking Horse label in 2011, the same year that its creator was named “Best Country Music Act” at the Western Australian Music Industry Awards – an honor she received each year until 2015.

Boots went on to land a record deal with the Australian branch of the roots rock imprint Lost Highway Records, which issued her first full-length album in 2015's Solitude, which featured guest vocals from Vikki Thorn of The Waifs. Solitude was a major critical success – its release led TheDailyCountry.com to call its singer/songwriter “one of the preeminent Australian artists on the Americana/alt-country scene” – and in 2016, Boots pulled up stakes and moved to Nashville, eventually signing deals with Island Records (for Australia and New Zealand) and Bloodshot Records (for North America and Western Europe). Her second full-length album, 2018's Don't Talk About It, was recorded in Dallas, Texas with The Texas Gentleman serving as musical backup, and the artist has maintained a busy touring schedule over the months since. As NoDepression.com noted of a recent live performance, “Only a few songs into her set it was clear that Boots has the goods, not only musically, but with a stage presence – energetic, enthusiastic, and incredibly funny – big enough to fill a stadium as well.”

Ruby Boots' May 15 concert at the Triple Crown Whiskey Bar & Raccoon Motel opens with a 7 p.m. set by Indianola, admission is $13, and more information is available by visiting MoellerNights.com.