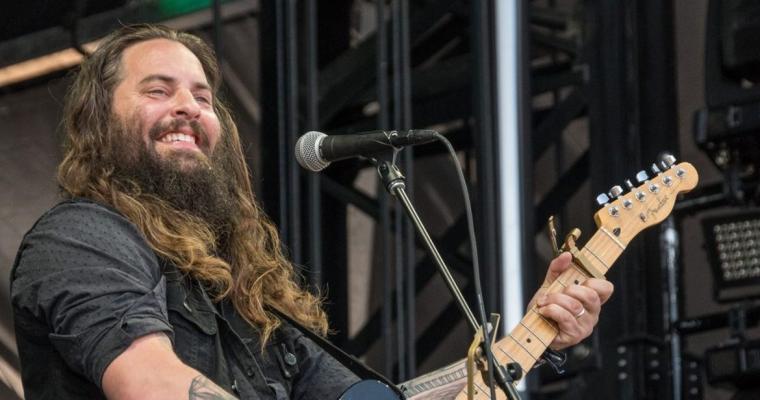 With his 2019 album Eraserland praised by Pitchfork as a work in which “lyrical constellations shine in plain, profound confessions,” folk-rock singer/songwriter Timothy Showalter brings his music project Strand of Oaks to Maquoketa's Codfish Hollow Barn on September 18, performing from a seven-album repertoire whose most recent addition inspired American Songwriter to call it “a sometimes harrowing but ultimately hard-earned triumph.”

Born in Goshen, Indiana, in 1982 and currently based in Philadelphia, singer/songwriter Showalter specializes in bold Americana that draws from classic rock and folk. Skillfully blending traditionally low-key introspection with stadium-ready melodies in the vein of War on Drugs and My Morning Jacket, issuing his first collection of songs under the moniker Leave Ruin in 2009 via the Pennsylvania-based indie label La Société Expéditionnaire. His second album, 2010's Pope Killdragon, marked a turn in lyrical and musical style, and was Showalter's first release under his project name Strand of Oaks. Its music featured strong synth-pop elements, with Showalter explicitly citing Kate Bush and Tangerine Dream as influences on the album's sound of the album, and lyrically, the album marked a turn to surrealism and fantasy with fewer autobiographical aspects than were found in Leave Ruin. With third album Dark Shores, released in 2012, Showalter turned to a more straightforward rock style, and it was the first Strand of Oaks album recorded entirely with a full band. Citing Neil Young as an influence, Showalter continues themes from Pope Killdragon with this Strand of Oaks recording, with some songs on Dark Shores being direct sequels to songs on Killdragon.

Showalter's fourth album found its inspiration in a horrific accident that took place on Christmas Day of 2013, when the artist was driving to Philadelphia from Indiana, hit a patch of ice, and crashed into two semi trucks. The singer/songwriter suffered a concussion and broke every rib on his right side, but the near-death experience, as he later stated, also gave Showalter a boldness during mixing sessions while creating HEAL with John Congleton just days after the crash. The album, which Paste magazine described as “a sonic reinvention … that rocks in all kinds of unexpected ways,” received much acclaim and led its artist to tour extensively on its behalf, opening for the likes of Jason Isbell, Iron & Wine, and Ryan Adams. Since then, Strand of Oaks has received similar raves for 2017's Hard Love, its 2018 follow-up Harder Love, and this past March's Eraserland, a recording that Rolling Stone deemed a “dynamic collection of spaced-out power pop and dreamy psych rock.”

Strand of Oaks plays the Codfish Hollow Barn on September 18 with opening sets by Chicago Farmer and Frankie Lee, admission to the 8 p.m. concert is $25-30, and more information and tickets are available by visiting MoellerNights.com or CodfishHollowBarnstormers.com.