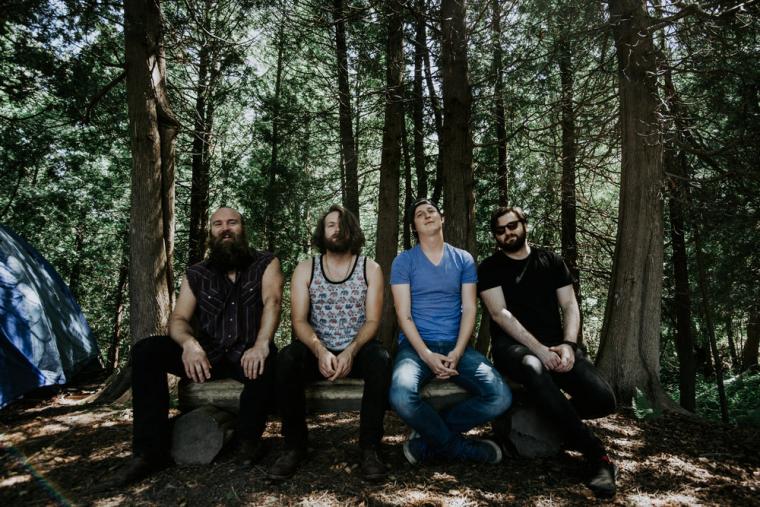 Currently composed of Minnesota musicians Gabriel Douglas (the group's co-founder), Nate Chase, John Lehmkuhl, and Jake Quinn, The 4onthefloor originated – both as an ensemble and a moniker – in 2009 when Douglas and his former bandmates decided to perform under the constraint of playing all of their songs in four-on-the-floor style, with each member at a bass drum and all their songs in 4/4 time. Their preferred style of what Douglas called “old blues, with an independent rock and roll spirit” was initially presented in a four-song EP in 2010, and led to the release of the band's first studio album 4x4, a recording that Indie Media Magazine called “one of the best rock and roll records of 2011.” As a result of 4x4's quick success, The4onthefloor started winning over crowds city by city across Minnesota and Wisconsin, and on March 4 of 2011 the band won Vita.mn’s “Are You Local?” new-band contest, solidifying themselves as a staple of the Twin Cities' music scene.

In the summer of that year, the band began touring across the country, and spent months opening for acts such as Willie Nelson, Steve Martin, Lynyrd Skynyrd, Sugarland, Trampled by Turtles, Drive-by Truckers, Murder by Death, Ha Ha Tonka, and These United States. By early 2012, The 4onthefloor had reached number six on Billboard's Uncharted Chart of regional successes, and between then and 2015, a trio of additional studio albums were met with fan and critical acclaim: … And 4 Riders Approached at Dawn, Spirit of Minneapolis, and All In. The4onthefloor has also been featured in a number of compilation albums including 2012's American Buffalo, and their songs have appeared in such television shows as Nashville and Duck Dynasty, with the latter featuring the band's music as the main theme for its season-one DVD.