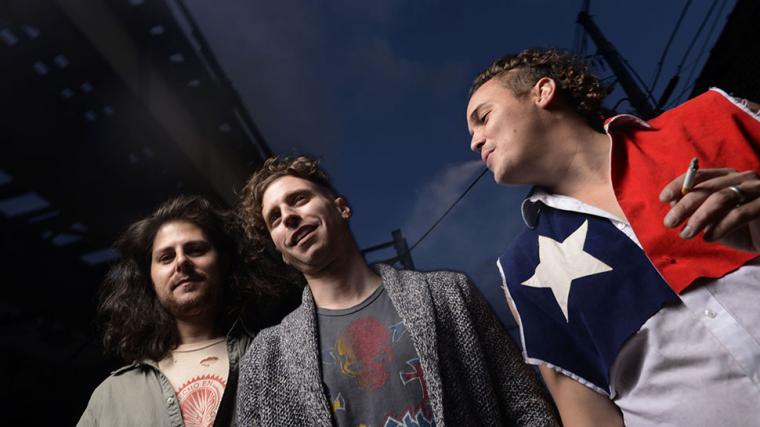 Described by Rolling Stone as blending “highbrow smarts with down-home stomp,” the Denver-based rockers of The Yawpers perform a September 19 Moeller Nights concert in support of the band's 2017 release Boy in a Well, a concept record ConsequenceOfSound.net praised for its “complex and ambitious tale” and “muscular, unpredictable rockabilly tracks.”

Composed of Nate Cook on lead guitar, Jesse Parmet on slide guitar, and Noah Shomberg on drums, The Yawpers' moniker was taken from a famed Leaves of Grass line in Walt Whitman's poem “Song of Myself”: “I sound my barbaric yawp over the roofs of the world.” After a pair of self-released albums and a concert set at the 2015 South by Southwest music festival, the blues-rock and punk musicians captured the attention of Bloodshot Records, which signed The Yawpers and released American Man in September of 2015. In addition to earning a rave from Rolling Stone, which described its song “Burdens” as “a Springsteen-worthy tribute to escaping the city limits of one's hometown,” American Man inspired Glide magazine to state: “Let’s hope these guys tour heavily behind this album, because it leaves you itching to to catch them in the flesh for what is undoubtedly a riotous, killer live show.”

The Yawpers have played shows with touring acts including Delta Spirit, Lucero, The Reverend Horton Heat, and Blind Pilot, and have traveled the country alongside Nashville Pussy, Supersuckers, and The Blasters. The band's Boy in a Well, meanwhile, tells of a boy who lives in France during World War I, and who is eventually abandoned in a well by his mother. According to TheYawpers.com, the concept album “was initially conjured by lead singer Nate Cook after a reckless combination of alcohol, half a bottle of Dramamine, and an early morning flight.” The album has also amassed ome of The Yawpers' strongest reviews yet, with Pitchfork describing the musicians as “compelling in their mix of gut-bucket rockabilly,” and New Noise calling the work “a big gamble that pays off handsomely.”

The Yawpers' September 19 concert at Davenport's Triple Crown Whiskey Bar & Raccoon Motel features an opening set by Ggoolldd, admission to the 7 p.m. show is $12-17, and more information is available by visiting MoellerNights.com.