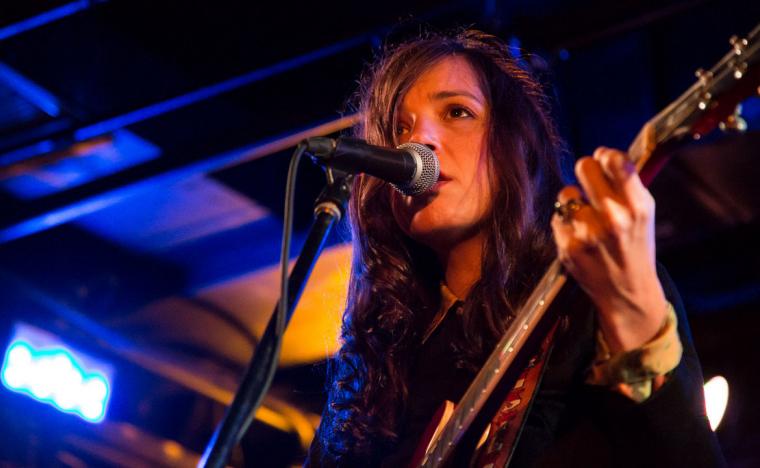 Tristen at the Triple Crown Whiskey Bar & Raccoon Motel -- May 3.

A two-time winner of Nashville Scene's citation for “Best Local Album,” pop singer/songwriter Tristen showcases her talents as a Moeller Nights headliner on May 3, her most recent album Sneaker Waves described by NPR as a work that “abounds in toothsome melodies and glistening layers of guitar and synth” as the artist herself “bears quietly lacerating witness to vulnerability.”

Born Tristen Gaspadarek in Lansing, Illinois, the musician graduated from Chicago's DePaul University in 2007 and subsequently moved to Nashville, where she began recording songs on an Mbox Mini and posting them to MySpace. In 2008, Tristen self-released her debut album Teardrops & Lollipops (packaging the CDs herself in hand-sewn sleeves), and she made her label debut three years later with Charlatans at the Garden Gate, which Rolling Stone lauded for its “catchy refrains with multiple meanings” and “ear-tugging melodies with hidden hooks.”

After receiving additional raves by The A.V. Club, Paste, and NPR, Charlatans at the Gate made American Songwriter magazine's “Top Albums of 2011” list and led to Tristen touring extensively throughout North America, sharing stages with the likes of Justin Townes Earle, The Elected, and Ezra Furman & the Harpoons. In the years since, the singer/songwriter has also performed as a backup musician/vocalist for Jenny Lewis' national tour; her third album C.A.V.E.S. led to Tristen being called “a synth pop siren” by Spin magazine; and her songs have appeared on such TV series as MTV's Teen Mom, HBO's Emmy-nominated Enlightened, and Denis Leary's Sex & Drugs & Rock & Roll. In addition to earning the title of “songsmith extraordinaire” by Nashville Scene, Tristen is a published author, with her poetry chapbook Saturnine released in 2016.