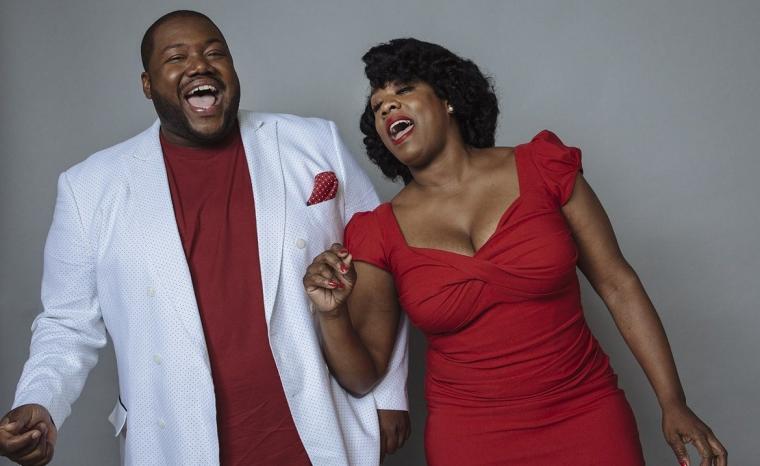 Delivering what the Boston Globe called “a spectacular combination of fervent gospel, Ike & Tina-style R&B, and sweet, steel-flecked country soul,” the married musicians of The War & Treaty – Michael and Tanya Trotter – perform locally as Moeller Nights headliners on August 21, demonstrating why the Associated Press deemed them “a powerhouse R&B duo who sound as though they were born to sing together.”

A smoothly seductive R&B singer/songwriter whose influences include Gerald Levert and Tyrese, Michael Trotter Jr. sang in church before serving two tours of duty in Iraq, where his powerful voice got into the media through broadcast talent shows in service to the military. His eventual wife and music partner Tanya Blount first came to prominence in the 1993 film and soundtrack Sister Act 2: Back in the Habit, and the following year, her debut album Natural Thing as released, featuring the internationally charting singles “I'm Gonna Make You Mine” and “Through the Rain.” In 1995, she also received a nomination for Best New Artist at the Soul Train Awards. The musicians met at a folk-music festival after Trotter's final tour abroad, and in 2016, under the moniker Trotter & Blount, they released the EP Love Affair, inspiring NPR to praise their “rootsy aesthetic animated by the range of their musical experiences.”

Under their new duo moniker The War & Treaty, the now-married Trotters released the EP Down to the River, which Paste magazine deemed “a splendidly made immediate classic about conflict and redemption,” as well as “expressive blues and soul and folk and gospel that truly connects to every listener who may desperately need it.” With the pair's last two years finding them playing sets at such prestigious festivals and events as Bonnaroo, the Newport Folk Festival, the Telluride Bluegrass Festival, and AmericanaFest, The War & Treaty is currently touring in support of the musicians' first fill-length album Healing Tide, which has earned the Trotters some of their finest reviews to date. Rolling Stone described the Trotters as “reminiscent of classic Ike and Tina rock-infused soul.” And according to the Los Angeles Times, “The duo is a joyful mix of gospel, soul, and Americana best carried through the raw, rafters-reaching power of their voices.”

The War & Treaty plays Davenport's Triple Crown Whiskey Bar & Raccoon Motel on August 21, admission to the 7 p.m. show is $15, and more information and tickets are available by visiting MoellerNights.com.