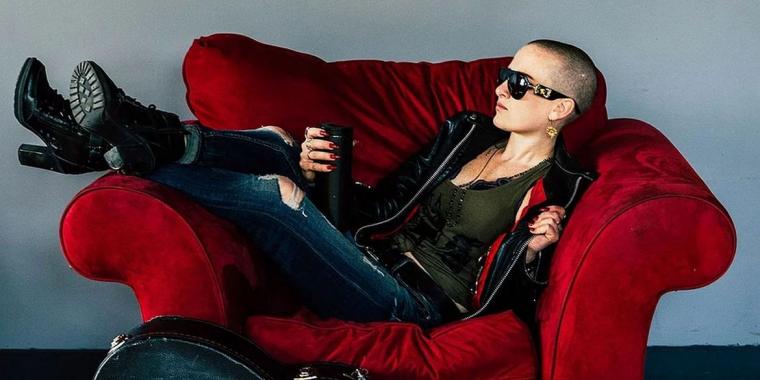 With the artist's new CD It's Fine set for release on November 1, singer/songwriter and guitarist Molly Durnin headlines a November 11 concert in Davenport's Redstone Room, the musician praised by Audio Fuzz as “a talented indie songstress with musical integrity and artistic vision” whose “Jewel-esque fusion of folk flavor and pop melodies” delivers “a wild yet relaxing ride.”

A concert-venue powerhouse with an engaging stage presence, Durnin been performing non-stop as a full-time musician for nine years, having garnered accolades as a singer/songwriter due to the breadth and depth of her writing, and paying her dues as a cover artist at countless venues and watering holes across the United States. Durnin's songs draw from the heart of Americana with hints of slightly bluesy country, yet every song is uniquely hers as she performs armed with a battered Breedlove guitar and a treasure trove of memorable choruses. A native of the Northeast who has lived in both the South and in Davenport, Durnin was raised in rural New York, where she began singing in the “518” music scene of the Capital Region and released her debut CD Run in 2012. The recording garnered considerable critical praise, with Audio Fuzz raving that Durnin's debut "is full of good vibes and is the perfect soundtrack to an ideal spring afternoon spent in the countryside sun or a sleepy summer evening as the listener winds down."

Currently based in South Carolina, Durnin has earned additional praise for her original songs performed at the renowned folk venue Caffe Lena in Saratoga Springs, New York, as well as for being a veritable musical shape-shifter. She has been both a street singer at the City Market in Charleston, South Carolina, and a hard-working mainstay at honkytonks throughout the Quad Cities, and has garnered laudatory notices wherever she goes. In her reviews for Run, Nippertown stated, "Moods shift, genres change, all punctuated by a mature delivery and unique phrasing," while the Times Union praised the album's "smart, acoustic-centric pop songs" performed by Durnin's "lovely emotive voice that grabs quickly and doesn't let go."

Molly Durnin plays her November 11 Redstone Room concert in support of It's Fine with an opening set by Karl Beatty, admission to the 8 p.m. concert is $10, and more information and reservations are available by calling (563)326-1333 and visiting RiverMusicExperience.org.